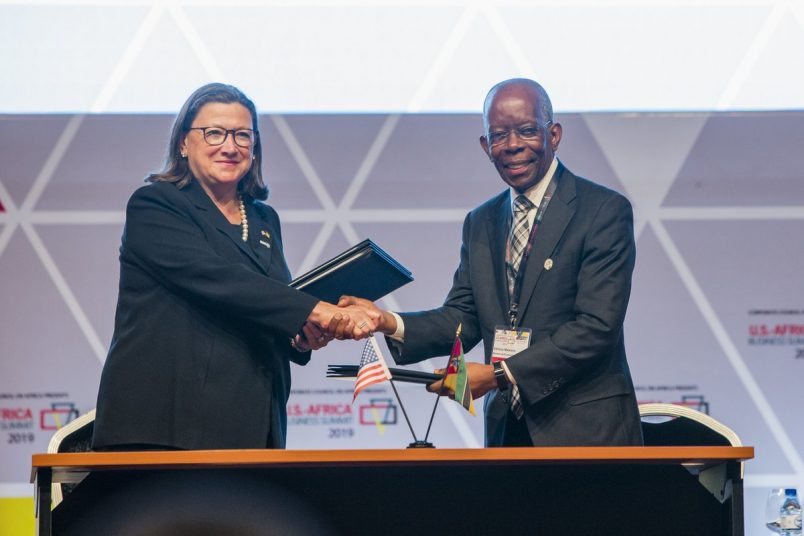 Officials in the United States have announced the 26 new members of the President’s Advisory Council on Doing Business in Africa (PAC-DBIA), which will serve the council’s third term through 2021.

The appointments were announced by U.S. Department of Commerce Deputy Secretary Karen Dunn Kelley, left, during a U.S.-Africa Business Summit in Maputo, Mozambique, where business and government leaders from the United States and African nations discussed trade, investment policies and business opportunities.

The new council members include Craig Arnold, the president of Dow Sub-Saharan Africa for Dow Chemical Company, and Susan Silbermann, the Global President for Emerging Markets for pharmaceutical giant Pfizer.

Others come from sectors that include banking, logistics, tech and energy, and will serve to advise U.S. President Donald Trump on strategies to advance trade with Africa at a time of fierce competition with China and concern over its influence on the continent.

“The United States is making real progress in Africa, and we remain a strong, long-term, and stable partner in the continent’s economic development especially through the Prosper Africa initiative,” said U.S. Secretary of Commerce Wilbur Ross. “We are working to find solutions to transition aid-based economies to trade-based economies and to creating new pathways for mutually beneficial partnerships.”

The PAC-DBIA was established in 2014 to provide analysis and recommendations on how to strengthen commercial ties between the United States and the African continent, with an eye to creating jobs for both.

Members of a June 2018 delegation from the U.S. visited Ethiopia, Kenya, Côte D’Ivoire and Ghana. That delegation’s trip led to nearly $2 billion in deals, and new memoranda of understanding with four African countries to enhance bilateral commercial cooperation.