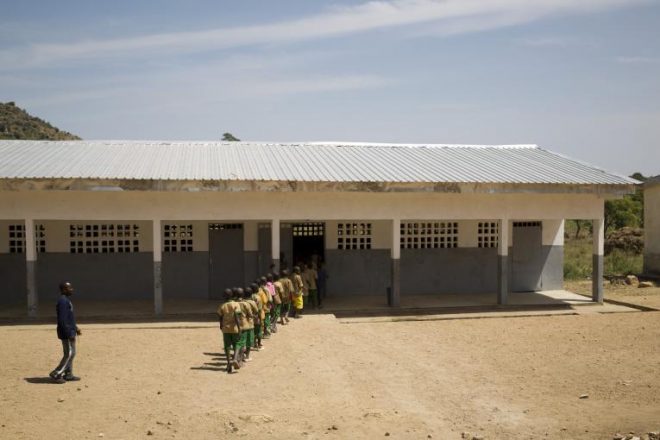 The armed violence and attacks have forced 450,000 people from their homes, about half of them internally displaced children, said UNICEF spokesman Toby Fricker during a press briefing in Geneva.

“Thousands of people lack access or have reduced access to basic services such as healthcare and safe drinking water, and livelihoods have been destroyed,” he said. “As of December 2018, an estimated 40 percent of health facilities in the South-West region were not functioning.”

More than 80 percent of schools in the English-speaking regions of the country’s northwest and southwest have been closed, with some children out of school for three years now. At least 74 schools have been destroyed and more than 300 students and teachers have endured abductions.

“The targeting of education is putting the future of an entire generation of children at risk, children who with the right support and opportunities can build a more stable and prosperous future,” Fricker said.

The aid workers, based in centers in Buea and Bamenda, need US$20 million to respond to the emergency, and UNICEF is appealing to donors and the international community for help.

Cameroon’s crisis began with peaceful protests, led by lawyers, teachers and other professionals, against structural discrimination in October 2016. Their calls for reforms sparked a wider movement that was crushed by 86-year-old President Paul Biya, who has been in power for nearly four decades.

An armed separatist movement evolved in response to the political and social tensions, which have warranted the concern of the African Union, European Union and others in the international community.