Home>News>Mauritania awaits election results with Ghazouani in early lead
By AT editor - 23 June 2019 at 7:27 am 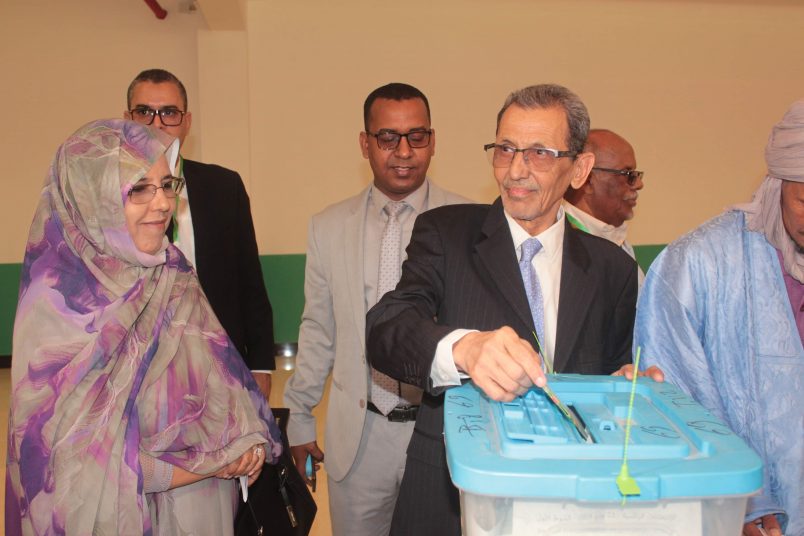 Election officials in Mauritania say the nation’s historic presidential election has gone smoothly, despite concern about the potential for fraud voiced by some opposition candidates.

Mohamed Vall Ould Bellal, president of the Independent National Electoral Commission, said there were no problems while promising transparency and the rule of law will prevail. This marks the first time that Mauritanian voters will choose an elected successor to the current president.

Mohamed Ould Abdel Aziz has held office since taking power in a 2008 coup and then winning election in 2009, and again in 2014 with more than 80 percent of the vote. Although he is not seeking another term, he has championed the cause of Mohamed Ould Ghazouani, a former defense minister and close ally of Abdel Aziz.

Ghazouani was ahead by a wide margin as the early returns were counted Saturday night, picking up 51.93 percent of the vote. A candidate needs to have more than 50 percent in order to win without a second round, planned for July 6 if necessary.

Yet that front-runner’s lead came with just 186 of the 3,861 voting centers counted, and no official decision is expected until early next week. In second place was former prime minister Sidi Mohamed Ould Boubacar with 18.67 percent of the vote, followed by anti-slavery campaigner Biram Dah Abeid with 16.4 percent. The three other candidates were all polling at less than nine percent.

Those numbers continued to fluctuate through the night as Mauritania broadcast the results on a Facebook live feed available here.