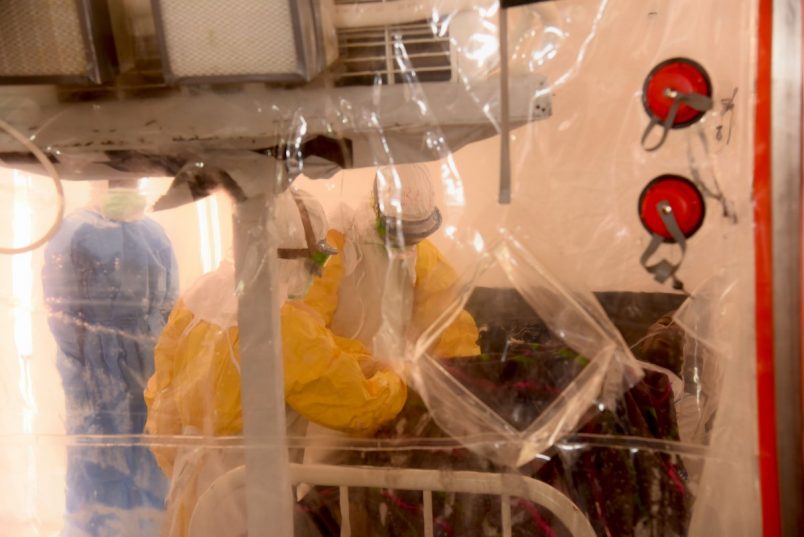 The death toll in Democratic Republic of Congo’s Ebola outbreak now has passed the 1,500 mark, according to the Ministry of Health’s latest update. They include 39 fatalities among 122 health worker cases, three of them in the Lubero health district of North Kivu province – a community that’s seen an uptick in cases in recent weeks.

The new numbers come as the DR Congo and the international community struggle to control an outbreak that began in August in two eastern provinces, North Kivu and Ituri, and quickly became the second-most deadly Ebola outbreak in history.

Two more attacks on Ebola workers occurred Monday in Beni, where a driver working with a response team is in critical condition after he was stoned by an angry mob and the vehicle was set on fire.

“These teams were attacked by young people, including bikers following the death of their friend, a young boy who died on Monday,” the Congolese ministry said. “This youth has a twin brother who is also a confirmed Ebola case and is currently in treatment.”

Monday’s update showed a total of 1,510 fatalities and 2,247 cases overall. There are another 269 suspected cases under investigation.

Concerns that Ebola will spread into neighboring Burundi, Rwanda, South Sudan and Uganda were elevated by reports of three cases in Uganda earlier this month. Those cases originated in Beni, but prompted the World Health Organization and the international community to again review the status of the Ebola crisis.

WHO and the International Health Regulations Emergency committee in Geneva decided not to elevate the status to an international public health emergency.