Home>Finance & Economics>Unions in eSwatini set for strike over working conditions, shortages
By AT editor - 25 June 2019 at 9:50 pm 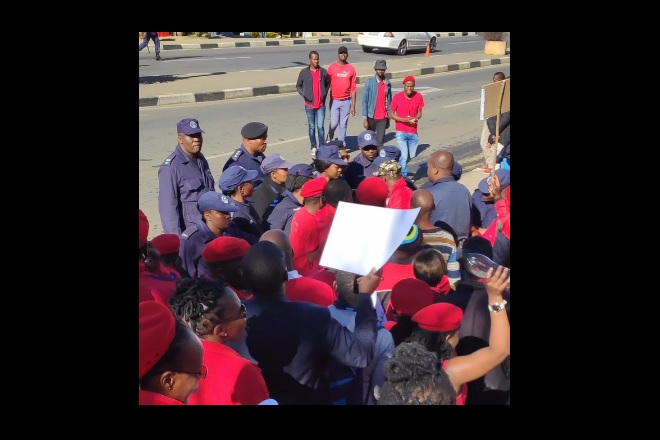 According to the Swazi Observer, the four main public unions – for teachers, nurses, government accountants and a broader public service group – made the decision to march last week after sharing their frustrations over pay, staffing and supply shortages, and other employment issues.

Among the more serious cases is that of nurses who say they’ve been coping with drug shortages that lead to patient fatalities, and who planned a separate march on Friday. The shortages have been an ongoing challenge in the impoverished eSwatini, with similar protest marches in the past to call attention to the lack of medicines and medical equipment.

“This is one of many issues which Government should regard as a priority in budgeting,” said the Swazi Democratic Party, in a statement in support of the nurses. “Government must be sensitive to issues that affect the people as the constitution also prioritizes the right to life.”

The unions have invited the public to join them in support as they march to various ministry offices to deliver petitions detailing their concerns.

Formerly known as Swaziland, the nation of eSwatini was expected to have a 0.4 percent contraction in its 2018 GDP and its economic outlook is subdued, according to finance minister Neal Rikjenberg. The budget presented in February offered no cost of living increases to public workers, and the minister has threatened to cut public service jobs unless workers cooperate with measures to decrease the debt.

The nation’s debt is expected to reach more than 23 percent of GDP by the end of the year, he said.