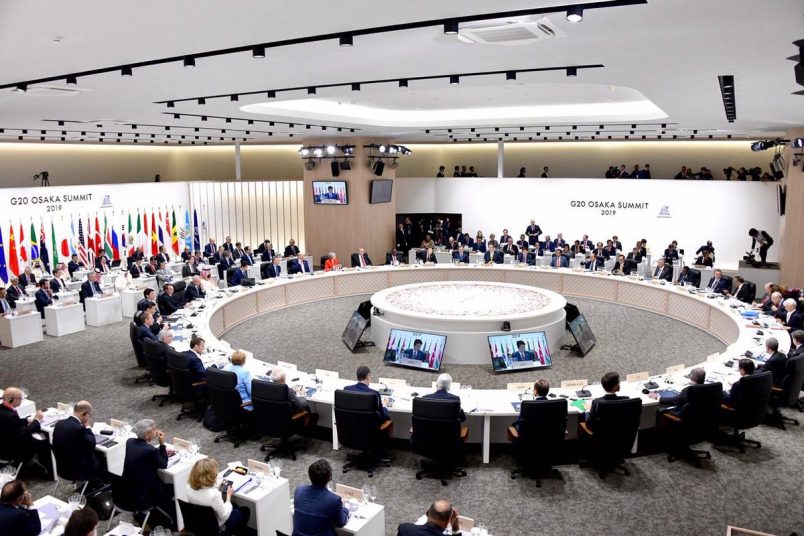 Ramaphosa joined other world leaders in a discussion of the global economy at a time when trade tensions and concerns over economic growth dominate the agenda.

The South African leader planned a keynote address for Japanese business leaders as he made foreign investment and infrastructure development a priority. Other priorities for the G20 leaders include climate change and energy, job creation, security, and health and social development.

The G20 Compact with Africa, an initiative that partners nations like Germany with African countries to focus their investment in development, also is a South African priority. “This focus includes the combating of illicit financial flows which deprives Africa of resources that could otherwise be harnessed for development,” said the South African international relations ministry, DIRCO.

The themes at Osaka reflect Ramaphosa’s own agenda, set out during last week’s State of the Nation address, added DIRCO, which said he was traveling with a delegation of high-level ministers.

Ramaphosa attended a meeting of BRICS nation leaders ahead of the summit, to ensure that the priorities of their countries – with Brazil, Russia, India and China – are established during the G20 sessions.