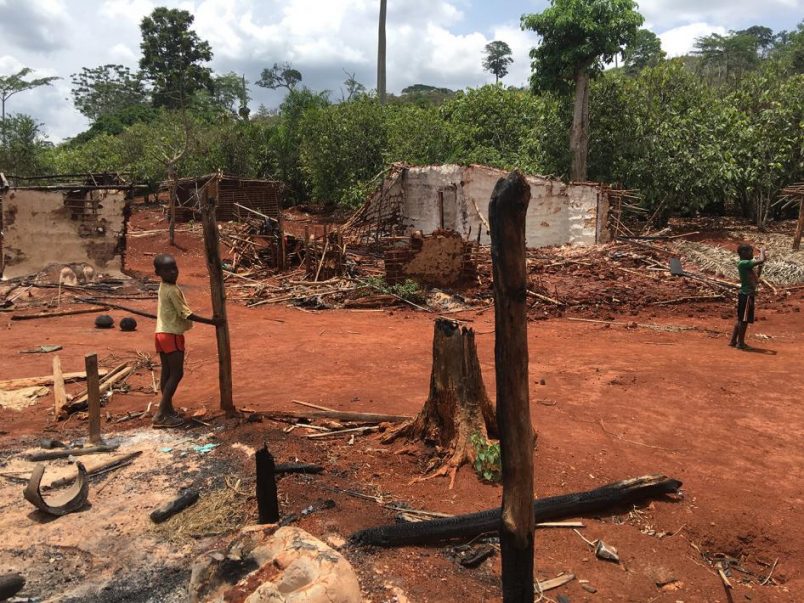 Two human rights and environmental advocacy groups warn that implementing a new forestry policy in Côte d’Ivoire – however valuable in fighting deforestation – could cause evictions of some of the 1.5 to 2 million cocoa farmers living in protected forests and parks there, and in neighboring Ghana.

The policy passed in June 2018 designates Côte d’Ivoire’s remaining forests as protected agro-forests, with multinational companies invested in cocoa and chocolate charged with developing sustainable farming methods. Elsewhere, the Ministry for Water and Forests plans to enforce the laws banning people from farming or living in the protected forests and national parks.

Côte d’Ivoire has seen its forest decline from 50 percent of its territory in 1900 to less than 12 percent in 2015, said Human Rights Watch in a joint message with Mighty Earth. The deforestation often is driven by the cocoa industry, and the West African nation rightly seeks to protect its remaining forests.

Yet that needs to be balanced with the rights of small-scale farmers facing eviction, the campaigners said.

“Past eviction operations in Côte d’Ivoire have left farmers’ families without adequate shelter, food, and education, and we have documented extortion, corruption and physical abuses committed by government agents conducting evictions,” they said. “We also warned that large agricultural companies often fail to protect the rights of small-scale farmers, especially when national regulations are unclear or not enforced.”

The Ivorian government is right to protect forests, but should choose eviction only as a last resort and ensure that the displaced have proper notice and compensation, as well as help finding new homes or work.