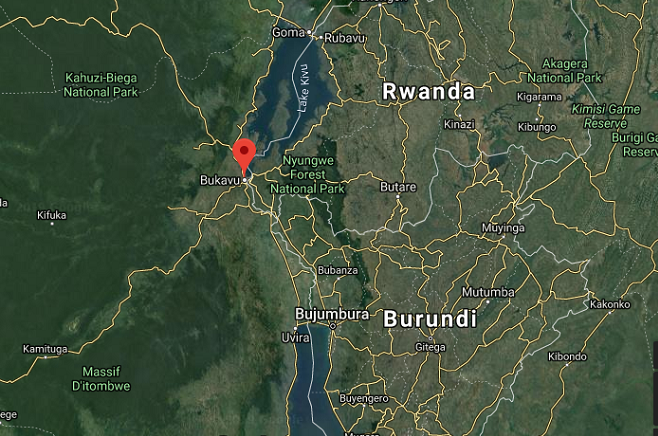 A house fire that swept through a densely populated neighborhood in the city of Bukavu in Democratic Republic of Congo late Sunday left at least one person dead and four seriously injured, while displacing hundreds of residents who turned to sleeping in the elements.

President Felix Tshisekedi said he mourned the death of Furaha Mugisho Nakalonge, a 7-year-old girl who was killed in the fire, which was believed to have started as a cooking accident in one home on Camp Zaire Avenue. From there it spread to at least 220 houses that were destroyed in the blaze, the president said.

“I am wholeheartedly with our compatriots who have lost their property. I offer my sincere condolences to the bereaved family,” said Tshisekedi. “I contacted the governor of South Kivu this morning to agree on the emergency needs for food, blankets and tarpaulins.”

People displaced by the fire told Congolese media outlet Actualite CD that they had lost everything, with some estimates of the number of burned structures put as high as 355. They turned to the Roman Catholic churches and schools for shelter.

The president said he’s also spoken with local authorities to ensure they take measures to prevent a similar disaster from happening again. Some 400 homes were lost in an August 2018 fire in the Nyalukemba neighborhood of Bukavu, and the fires are not uncommon during the dry season.