Home>ENERGY & COMMODITIES>Tshisekedi OK's military crackdown on illegal miners in DRC
By AT editor - 2 July 2019 at 1:53 am 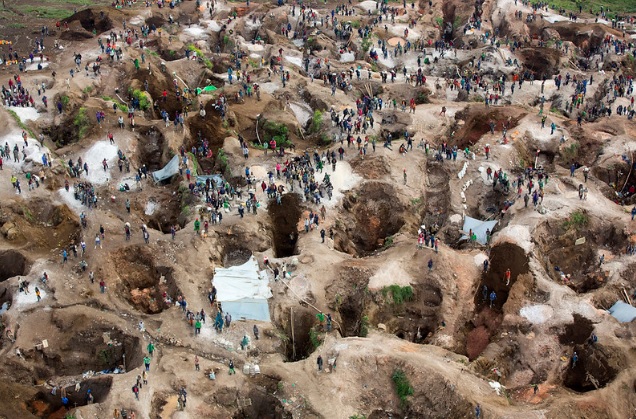 The Democratic Republic of Congo will begin forcibly removing some 10,000 artisanal miners from the Glencore mines where nearly four dozen people died last week, according to Bloomberg.

A military commander said President Felix Tshisekedi has ordered the removal to “put an end to the theft of minerals in the concessions, on the mining sites,” with action similar to last month’s protection of the Tenke Fungurume mine operated by China Molybdenum. The operation is expected to begin Tuesday.

That’s renewed concern over the treatment of artisanal miners in the mineral-rich nation, where top officials including former president Joseph Kabila and his family are often linked to lucrative assets but the benefits of those resources are never reflected in Congolese economic and social development.

“Given the long history of excessive use of force by the Congolese army and its lack of appropriate training in managing public order, the DRC government must immediately withdraw its armed forces from the mines to avert unlawful killings,” said Sarah Jackson, the regional deputy director for Amnesty International.

The government estimates that 20 percent of the cobalt currently exported from the DR Congo comes from artisanal miners in Katanga alone, where up to 150,000 such miners are working illegally at any given time.

Some armed groups in DR Congo finance their operations through illegal mining, sometimes with the assistance of corrupt Congolese officials. Last week the influential Roman Catholic bishops organization, CENCO, appealed to Tshisekedi to end both the violence caused by armed groups and the economic disparities in a nation where natural resources are abundant.

“There is a scandalous contrast between the dizzying enrichment of a minority of our compatriots and the extreme poverty in which the majority of Congolese (live), and the gap is widening,” the bishops said.