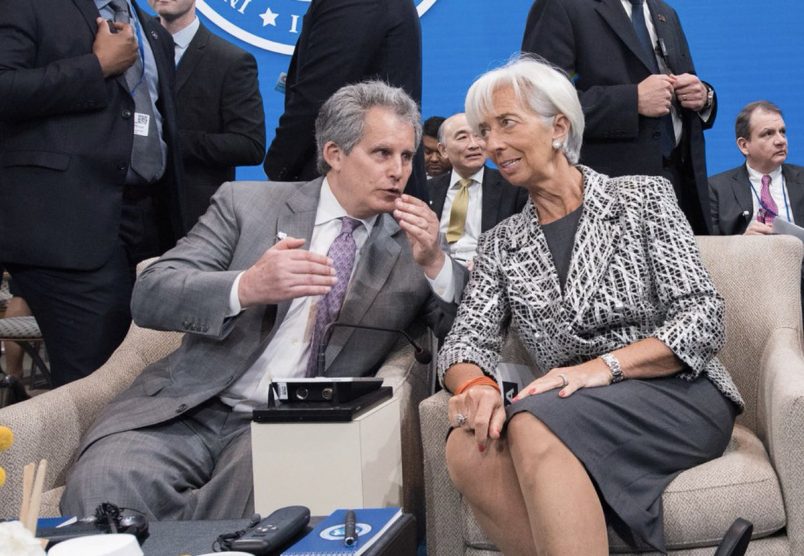 Who’s running the show at the International Monetary Fund, now that former managing director Christine Lagarde has stepped down temporarily while she is a candidate for head of the European Central Bank?

Right now it’s David Lipton, who has served as deputy managing director since 2011 and is completing a second five-year term in that role. Lipton has an extensive resume, including United States presidential advisor and Senior Director for International Economic Affairs at the National Economic Council and National Security Council at the White House. He also served during the Clinton administration in the U.S., and assisted nations including Russia, Poland and Slovenia during their economic transitions.

“It has been one of the great pleasures of my professional life to work with Christine Lagarde at the IMF. She is fantastic,” said Lipton, upon hearing the news of Lagarde’s ECB nomination. “The IMF’s loss would be the ECB’s gain!”

While Lipton remains in the acting position, there’s much speculation over who will ultimately replace Lagarde if she is confirmed as ECB president. Some reports say it’s Canadian-born Mark Carney, the current head of the Bank of England; the name of Indian Raghuram Rajan, former head of the country’s Reserve Bank, also is getting attention.

Other possibilities, according to AFP and other media outlets, include François Villeroy de Galhau of the Bank of France, European Union finance head Pierre Moscovici, the EU finance commissioner, and Bulgaria’s Kristalina Georgieva, the COO at World Bank.

In the end, it’s expected to be a European who steps into Lagarde’s role, in keeping with tradition.