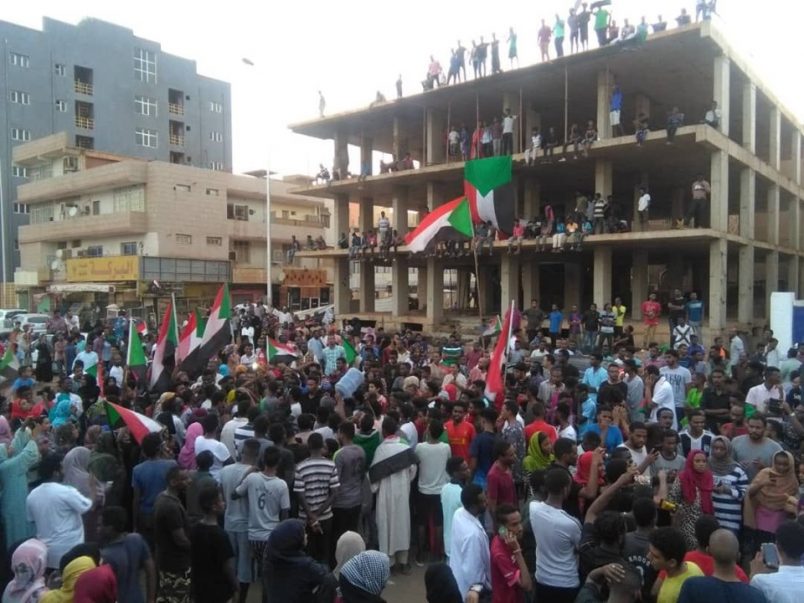 The marches and parades continued across Sudan on Friday, this time with speakers to discuss the newly announced transitional agreement between Sudan’s military leadership and activists who have for months pressed for a democratic civilian government.

The deal, announced in the early morning hours, will cover an interim period of three years and three months. It was achieved with the assistance of mediators from the African Union and Ethiopia.

The first 21 months, which includes the first six months of the peace process, will be led by the military, followed by 18 months of civilian leadership, according to a statement from the Sudanese Professionals Association. The SPA is closely aligned with the Forces of the Declaration of Freedom and Change movement and its leaders, who have demanded an end to military rule since the April 11 removal of former President Omar al-Bashir and the first announcement of a transitional military council in his place.

They’ve also insisted that Sudan’s cabinet leaders and administration be based on the relevant civil-society competencies in their respective disciplines, rather than military assignments and political appointments. They succeeded in pushing that claim through as a part of the negotiated deal.

The agreement includes an 11-member sovereign council, with five members each from the military and civilian populations. The sixth civilian will be selected by agreement of the other 10 members. A legislative council won’t come until after the sovereign council and ministerial leaders are established.

Both sides welcomed the deal, though Sudanese activists – protesting since December – vowed to keep pressure on the Sudanese government with the continued marches and rallies. They’ve also agree to an investigation into activist deaths since April, in particular the sweeping violence that occurred in early June.

Turkey, the United Arab Emirates and the UK are among the governments also welcoming the deal.