Home>Finance & Economics>China congratulates Africans on AfCFTA launch
By AT editor - 8 July 2019 at 8:33 pm 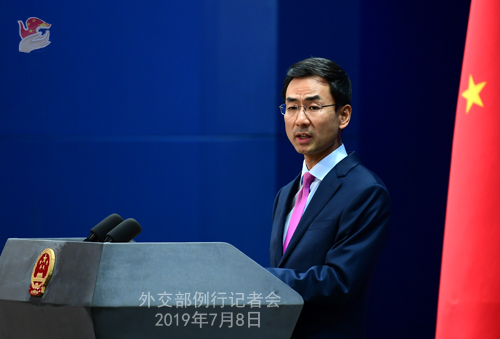 China on Monday congratulated African nations following the weekend launch of the African Continental Free Trade Area (AfCFTA) in Niamey, Niger, during an African Union summit that saw Niger and Benin join the near-complete list of African nations signed to the trade deal.

The achievement was welcomed by China’s ministry of foreign affairs, which acknowledged China’s role as the African continent’s biggest trading partner.

“As African countries’ good friend, partner and brother, China warmly congratulates Africa for the official launch of the AfCFTA, which is a milestone of Africa’s economic integration process,” said ministry Geng Shuang. “It demonstrates the aspiration and resolve of African countries to seek strength and invigoration through unity. It bears significant and far-reaching importance to Africa’s economic and social development.”

Geng said that in contrast to increasing instability in the global economy, the African decision is a powerful force for multilateralism and free trade.

“China has been a staunch supporter for its unity and FTA building through efforts in infrastructure connectivity, trade facilitation and industrial promotion,” Geng said. “The launch of the AfCFTA breaks new ground for China-Africa cooperation. China will work with Africa to implement the outcomes of the FOCAC Beijing Summit, create more synergy between China-Africa cooperation under the BRI and the AfCFTA, work for more early harvests and offer more assistance to Africa for greater connectivity, better business environment and higher quality trade.”

Nigeria and Benin announced they would sign the AfCFTA agreement last week. That leaves just “one more signatory state before all 55 African Union members are signatories,” said Albert Muchanga, the African Union commissioner for trade and industry. Eritrea is believed to be the only remaining nation on the continent that has not signed.