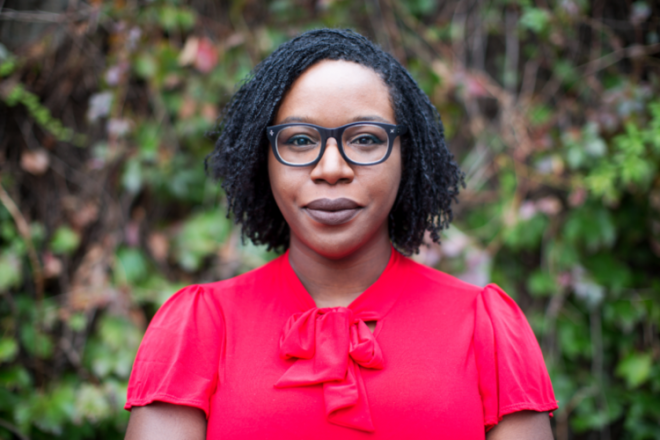 Arimah’s £10,000 prize was awarded by Kenyan author and poet Dr. Peter Kimani, the chairman of the judging panel, in London on Monday night.

“The winner of this year’s Caine Prize for African Writing is a unique retake of women’s struggle for inclusion in a society regulated by rituals,” Kimani said. Arimah’s story, he added, “defamiliarizes the familiar to topple social hierarchies, challenge traditions and envision new possibilities for women of the world. Using a sprightly diction, she invents a dystopian universe inhabited by unforgettable characters where friendship is tested, innocence is lost, and readers gain a new understanding of life.”

Arimah was born in the UK and grew up in Nigeria, traveling elsewhere with a family that followed with her father’s career moves. She currently lives in Las Vegas in the United States.