Home>News>Nearly 600 arrests made in global illegal wildlife trafficking operation
By AT editor - 11 July 2019 at 5:59 pm 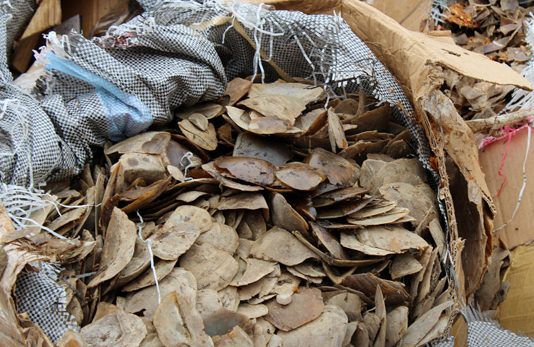 A massive effort to shut down illegal wildlife crime has resulted in almost 600 arrests across 109 countries, according to INTERPOL and the World Customs Organization (WCO).

The Operation Thunderball mission conducted during the month of June led to 1,828 seizures of illegally traded ivory and pangolin scales, live plants and birds, exotic snakes and turtles, and timber, the agencies said in a release. Live big cats and primates also were seized from traffickers.

The operation was coordinated from Singapore, with impacts in Nigeria – where a half ton of pangolin parts were seized – to arrests in Uruguay, Spain, Italy and beyond.

“Operation Thunderball sends a clear message: we will continue to work closely with our International Consortium on Combating Wildlife Crime (ICCWC) partners in support of efforts to implement CITES and address wildlife crime, deploying our collective strength and expertise to ensure that no stone is left unturned and wildlife criminals face the full force of the law,” said Ivonne Higuero, CITES Secretary General.

“For the sake of our future generations and the world we live in, it is vital that we stop criminals from putting livelihoods, security, economies and the sustainability of our planet at risk by illegally exploiting wild flora and fauna.”

CITES is the Convention on International Trade in Endangered Species of Wild Fauna and Flora which ensures that international trade in specimens of wild animals and plants does not threaten their survival.