Home>News>SA SPCA seizes neglected horses it says belong to Lesotho military
By AT editor - 11 July 2019 at 5:40 am 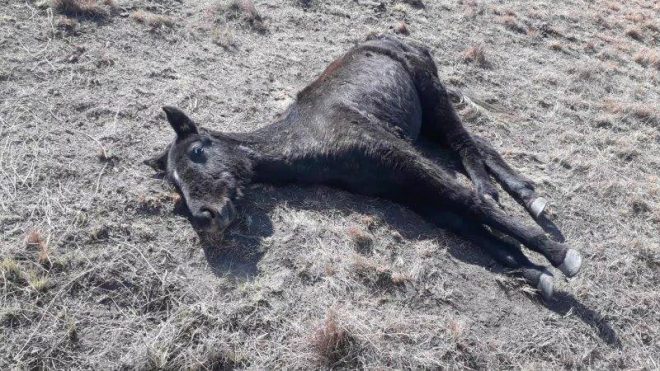 A South African animal protection group says 68 horses were taken to their facility because of animal cruelty, and those horses belong to the Lesotho Government’s military.

The horses were kept on land outside the town of Hobhouse, right at the western border with Lesotho. The Bloemfontein SPCA says it went to investigate complaints that the horses were dying of hunger and found six already deceased, with three more immediately euthanized because they were in poor condition, unable to get up and close to death

“In the camp where the horses were, there was absolutely no food or grass to eat. The horses were terribly exasperated and starving,” the SPCA said in a statement. “After further investigation, they were found to belong to the Lesotho Government’s army. There was only one commander on duty on the farm who had to look after the animals.”

The SPCA detailed the troubling conditions with a lengthy list that included no available veterinarian for the horses’ medical needs, no food and poorly kept facilities.

“Unfortunately, due to the condition of the horses, some of them had to be euthanized. But the rest are currently in the care of Bloemfontein SPCA,” they said.

Tebogo Maswanganye, an inspector with the agency, said a legal complaint has been filed. The agency also is asking for public donations to help care for the horses.