Home>News>Calls for inquiry grow as Tanzanian minister walks back Gwanda comments
By AT editor - 12 July 2019 at 5:29 am 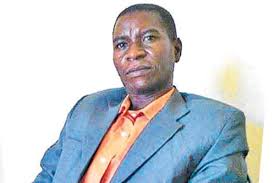 Amnesty International has joined the Committee to Protect Journalists and other advocacy groups in calling on the Tanzanian government to fully investigate what happened to missing freelance journalist Azory Gwanda – gone since November 2017, and now reported dead this week by the foreign minister.

Palamagamba Kabudi told the BBC “Focus on Africa” program that Gwanda disappeared and died in the eastern Rufiji region. The foreign minister went on to say that the government has since “been able to contain that kind of extremism” in the region.

It’s the first such acknowledgment since Gwanda, who was himself investigating cases of community deaths and disappearances, went missing.

“For a year and a half, Azory Gwanda’s family and the Tanzanian media have pleaded with the government to explain what happened to their loved one and colleague,” said Robert Mahoney , the deputy director for Committee to Protect Journalists. “Then suddenly the foreign minister mentions, almost in passing, that the journalist is apparently dead. This is wholly inadequate and distressing. The government must immediately share publicly all information it has about Gwanda’s fate.”

Gwanda’s case is among those that brought renewed scrutiny to President John Magufuli and his administration, during a heightened period of missing or threatened journalists and detained political opposition leaders.

The foreign minister, however, walked back his remarks in media statements on Thursday.

“Unfortunately, some social media reports have misinterpreted my comments to mean that I purportedly confirmed that the missing Tanzanian journalist Azory Gwanda is dead,” said Kabudi, in a statement released to media outlets.

“In that interview I said, the Kibiti incident was one of the painful experiences that Tanzania went through, a number of people disappeared and others died.”