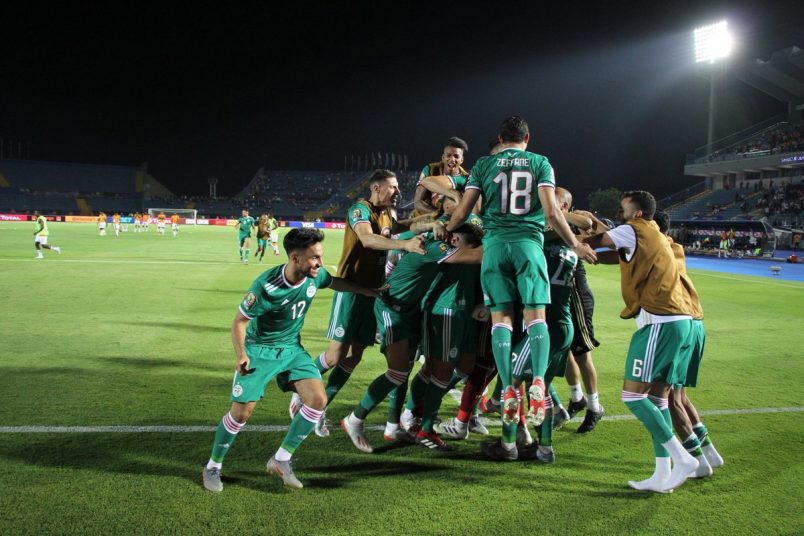 At least 74 people were arrested Thursday night in France after fans of the Algerian team, celebrating the quarterfinal victory in the African Cup of Nations, vandalized shops along the Champs Elysees in Paris and wreaked havoc in Marseille and beyond.

Interior minister Christophe Canister confirmed the arrests as he condemned the violence, which claimed at least one life in the southern city of Montpellier as the street crowds swelled and clashes spread to other communities.

More than 40 of the arrests were in Paris, where clashes erupted with police as the crowd threw objects, set fires and shattered windows in shops.

“The damage and incidents committed last night on the margins of the celebrations are unacceptable,” Canister said Friday. “I salute the action of our forces mobilized in Paris and throughout the territory to maintain order and contain the excesses.”

Authorities say the fatality happened when a fan of the Algerian team plowed into a family’s vehicle, killing a 42-year-old woman. France’s Le Monde said a 21-year-old man had been taken into custody.

Other incidents beyond Paris included the clashes in Marseille, where tear gas was used to control the crowd and 10 police officers were injured. Some 800 people gathered in Tours, where they tried to replace the French flag with the Algerian before the incident was stopped.

Algeria defeated Côte d’Ivoire by a narrow 4-3 margin in a game decided by a penalty shootout, and will now play Nigeria on Sunday in a semifinal match.