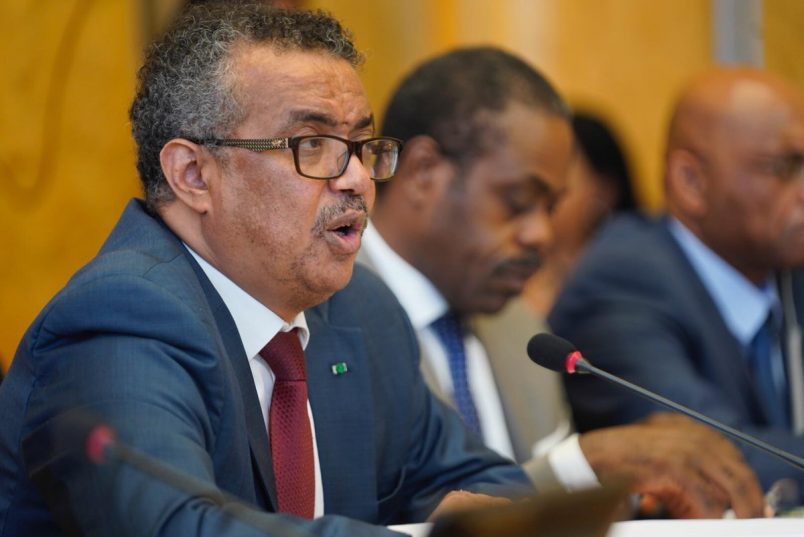 The report of an Ebola patient in the busy travel hub of Goma heightened the sense of urgency during a high-level meeting in Geneva on Monday, where global response leaders met to evaluate the crisis.

It also spurred the decision to meet for a fourth time to reassess the level of the emergency. The International Health Regulations (IHR) Emergency Committee met most recently last month and declined to name the Ebola outbreak – now at a year long – an international public health emergency.

More than 1,650 people have died in the current outbreak, while about 12 new cases are reported every day, the World Health Organization said.

“The identification of a case of Ebola in Goma, DRC could potentially be a game-changer in the epidemic,” said WHO Director General Dr. Tedros Adhanom Ghebreyesus. “I have therefore decided to reconvene the Emergency Committee as soon as possible to assess the threat of this development and advise me accordingly.”

“Together with the government, we can and will end this outbreak. We have better public health tools than ever to respond to Ebola, including an effective vaccine,” said Dr. Tedros. “But we need to see an end to the attacks and other disruptions to the response.”

In addition to Tedros and co-chair UNOCHA chief Mark Lowcock, the meeting was attended by, among others, Congolese health minister Dr. Oly Ilunga; recently appointed Ebola response coordinator David Gressly; representatives from World Bank and UNICEF, and the head of the International Federation of Red Cross and Red Crescent Societies (IFRC).

They appealed for funding and international support in a joint statement.

“We are on the edge with this crisis,” said British international development secretary Rory Stewart. “This is very, very real. We are essentially chasing Ebola – one of the world’s most deadly diseases – around an area overrun by armed groups. We need the international community to step up and stop this outbreak from escalating.”

Before, he said, it spreads beyond the Congolese borders.