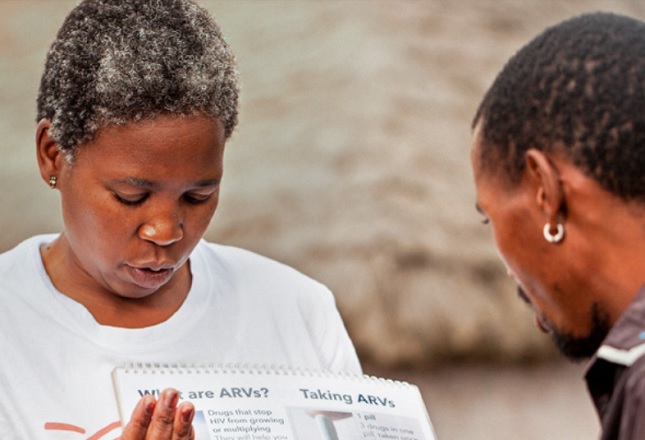 Africa has made some great strides in reducing HIV infection rates and their impacts, but the trends are uneven on the continent and across the globe. That’s worrying as progress in the fight against HIV/AIDS has slowed, according to an annual report from UNAIDS.

“We urgently need increased political leadership to end AIDS,” said Gunilla Carlsson, UNAIDS Executive Director. “This starts with investing adequately and smartly and by looking at what’s making some countries so successful. Ending AIDS is possible if we focus on people, not diseases, create road maps for the people and locations being left behind, and take a human rights-based approach to reach people most affected by HIV.”

Among the success stories is South Africa, where new HIV infections have been reduced by more than 40 percent, and AIDS-related deaths by about the same amount, since 2010.

“We used to bury people every Saturday,” says Babongile Luhlongwane, a community health agent in Eshowe who is quoted in the new “Communities at the Center” report. The report was launched at a community event in Eshowe by Carlsson and David Mabuza, the deputy president of South Africa.

“South Africa has a rich history of communities being at the center of the AIDS response, so it is fitting that we launch the 2019 UNAIDS Global AIDS Update in this country, in Eshowe, in KwaZulu-Natal, where a community-based service delivery model, with HIV at its center, is showing results,” said Mabuza.

Years later, in one of the places hardest hit by the HIV epidemic and where a diagnosis once meant certain death, there is now hope. That’s not true everywhere.

Global fatalities that peaked at an estimated 1.7 million in 2004 were down to 770,000 in 2018, and eastern and southern Africa – where more than half of all people living with HIV are – have improved dramatically. Yet success is uneven, with fatality rates in Northern Africa up by 9 percent since 2010. There’s also been a 10 percent increase in the number of new HIV infections in the northern region, where more than a fourth of new cases are attributed to intravenous drug use.

The community approach focuses on people, and especially groups like drug users or prisoners and their partners, who now account for more than half of all new HIV infections across the globe – and a sobering 95 percent of all infections in North Africa, the Middle East, eastern Europe and central Asia.

“For me the AIDS response is about people,” said Carlsson. “The young women who don’t know how to keep themselves HIV-free, the men who won’t or can’t seek out health care, the transgender people who are discriminated against and the hundreds of thousands of people who die each year, even though HIV is preventable and treatable.”

In KwaZulu-Natal, where one in four adults between the ages of 15 and 59 were living with HIV in 2016, the community-based approach to HIV testing that links people to treatment and helps keep them in it has been successful in Eshowe and the surrounding area.

It’s what’s made Eshowe successful in achieving its 90-90-90 goals ahead of a 2020 deadline. The targets mean that 90 percent of people with HIV know their positive status through testing, 90 percent will receive ongoing treatment, and 90 percent will achieve viral suppression as a result of the treatment; the global rates are 79-78-86.

One of them is Sthandwa Buthelezi, founder of Shine, an organization in Eshowe that addresses stigma and discrimination in the community that are barriers to confirming one’s HIV status and receiving effective care.

“I’ve been on treatment for 16 years, am virally suppressed and doing well,” Buthelezi said. “But stigma and discrimination are still widespread, particularly in health care settings. As an activist, I encourage everyone, including community leaders, to talk openly about HIV so that people can live positively and shine.”

South Africa has the world’s largest antiretroviral therapy program, and it is striving to provide treatment to about one in five of all people on the planet living with HIV. Even so, nearly half the people living with HIV in South Africa did not receive viral load suppression care last year, and the community-based programs seek to close the gaps with outreach to the specific at-risk populations.