Home>Health>WHO upgrades DRC Ebola crisis to an international concern
By AT editor - 18 July 2019 at 2:07 am 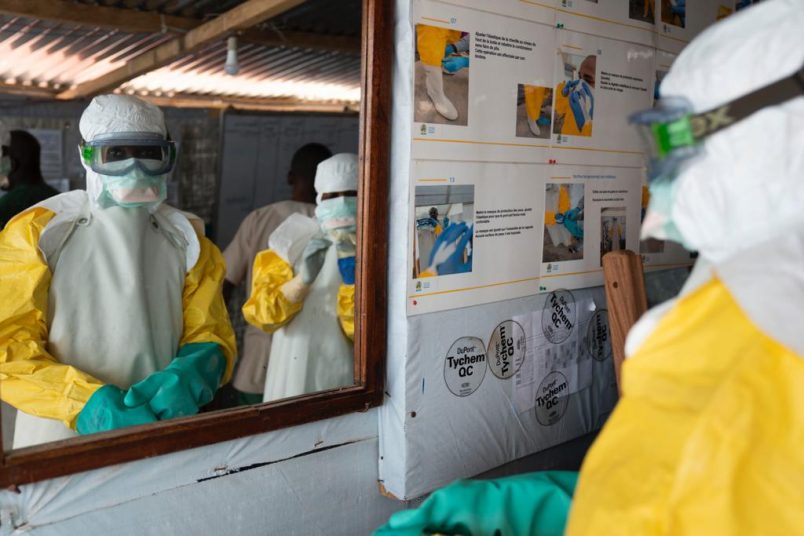 The World Health Organization declared an international emergency over the Ebola outbreak in the Democratic Republic of Congo on Wednesday, elevating its status while nonetheless maintaining that the global risk of outbreak remains low.

The International Health Regulations (IHR) Emergency Committee said it was concerned that a year into an outbreak that has grown to more than 2,500 cases, a full two-thirds of them fatal, there are “worrying signs of possible extension of the epidemic.”

The decision for the DR Congo outbreak to be named a Public Health Emergency of International Concern (PHEIC) followed news earlier this week that a case of Ebola was confirmed in the heavy populated travel hub of Goma. That patient, a 46-year-old man, has since died, authorities said.

It also comes as Uganda reports the new case of a woman who died of Ebola at Beni, but had crossed the border to sell fish at a market in Mpondwe. Authorities are now trying to reach people who came in contact with her.

“The Committee is also concerned by the reinfection and ongoing transmission in Beni, which has been previously associated with seeding of virus into multiple other locations,” said WHO in its statement. Beni remains a hotspot and accounts for 46 percent of new cases in the past three weeks.

The murder of two more health care workers demonstrates continued risk in the security of the affected Ituri and North Kivu provinces, where armed groups are active and community mistrust has hampered the response.

“In addition, despite previous recommendations for increased resources, the global community has not contributed sustainable and adequate technical assistance, human or financial resources for outbreak response,” the committee added.

This was the fourth meeting of the Emergency Committee since the outbreak was declared in August 2018.

“It is time for the world to take notice and redouble our efforts,” said WHO Director General Dr. Tedros Adhanom Ghebreyesus. “We need to work together in solidarity with the DRC to end this outbreak and build a better health system.”