Home>News>Shipment from SA becomes Australian region's biggest cocaine bust
By AT editor - 19 July 2019 at 5:48 am 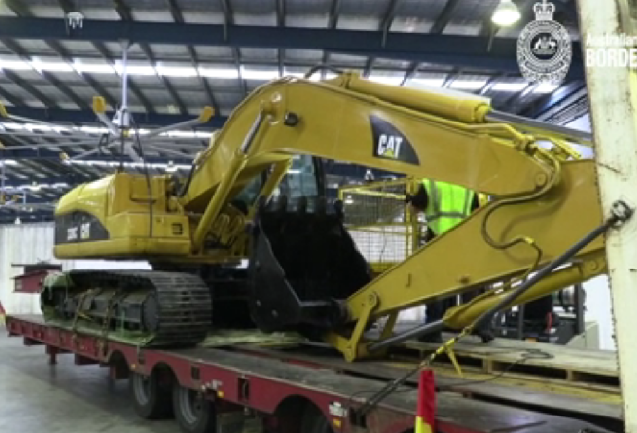 A shipment of equipment from South Africa has turned out to be the largest drug bust the Australian police have ever conducted in and around Canberra.

The seizure of 384 kilograms of cocaine and the arrest of two men followed an investigation into a possible drug ring that began earlier this year.

In June, the Australian Border Force (ABF) flagged a second-hand excavator that was being shipped from South Africa into Sydney. The cocaine was welded into the frame of the excavator but showed up during X-ray imaging.

“This was an incredibly sophisticated concealment of cocaine, but through our joint efforts, we’ve been able to disrupt this syndicate and stop these harmful substances from infiltrating our borders,” said ABF Acting Deputy Commissioner Sharon Huey.

“Our officers have highly sophisticated technology at their disposal and this detection really shows no matter the lengths criminals go to – even if they weld drugs into machinery – we have the skills and equipment to find these concealments.”

The two men arrested in the case were picked up in Bungendore, New South Wales, on Sunday after the police coordinated delivery of the excavator at a business there.