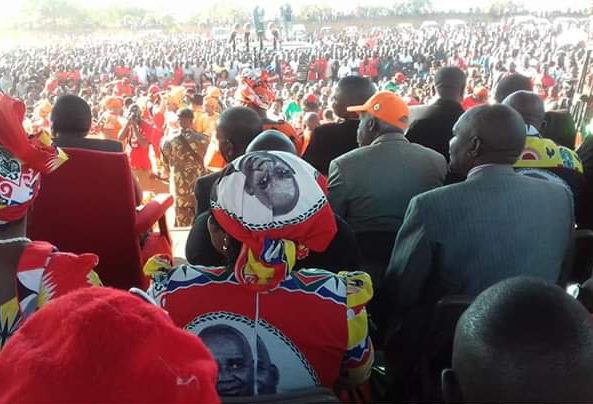 The United States Embassy in Lilongwe has issued a travel ban and security warning for staff, ahead of planned protests Friday in the wake of the disputed Malawi presidential election.

“Though organizers consistently have called for peaceful protest, looting and violence have occurred during recent demonstrations throughout Malawi’s major cities,” the embassy said.

It followed with preparation steps and safety tips, but also with an appeal to Malawians to remain calm.

“The United States urges all parties to respect the right to peaceful protest enshrined in the Malawi Constitution, while avoiding violence and inflammatory rhetoric,” the embassy said in a statement.

“We encourage Malawians to follow a peaceful and lawful process to resolve electoral disputes, particularly through the Malawi Constitutional Court hearing on petitions challenging the results of the May 21 presidential elections.”

President Peter Mutharika was elected to a second term with 38.6 of the vote. He was followed by main opposition political leaders Lazarus Chakwera of the Malawi Congress Party (MCP) at 35.4 percent and Saulos Chilima, candidate for the United Transformation Movement (UTM) party, with 20.2 percent.

The opposition leaders have refused to accept the results, claiming irregularities and demanding the decision be set aside. Protests and demonstrations in Malawi have continued for weeks, and spilled into the country’s parliament. Dozens of people have been arrested, often as clashes turn violent.

The Friday protest marches are led by the Human Rights Defenders Coalition (HRDC) and call for the resignation of the head of the Malawi Electoral Commission (MEC), Jane Anseh.