Home>News>DA says Ramaphosa report 'only scratched the surface' of his dealings
By AT editor - 20 July 2019 at 4:44 am 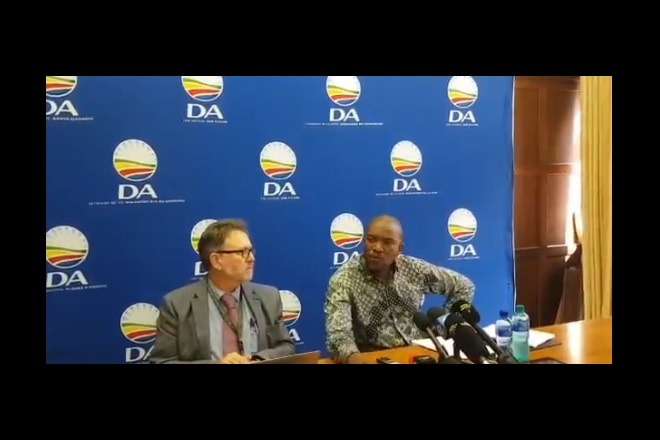 South Africa’s main opposition party says the nation’s Public Protector office has “only scratched the surface” of possible financial wrongdoing linked to President Cyril Ramaphosa in a report issued Friday that found he deliberately misled parliament on campaign donations that presented a conflict of interest – and perhaps more.

“It appears that a criminal syndicate is being alluded to in the Public Protector’s report, and as such a criminal process must be pursued,” said the DA in a statement from leader Mmusi Maimane. “The DA will be laying criminal charges of money laundering against Cyril Ramaphosa, the CR17 Campaign, and the attorneys trust account involved with the campaign.”

Maimane filed the original complaint for investigation in November 2018, after Ramaphosa told parliament that a 500,000-rand donation from the CEO of Bosasa, a longtime government contractor, was negotiated through his son on legitimate grounds even as lucrative contracts changed hands. The protector’s report determined Ramaphosa, who was deputy president at the time, benefited personally and failed to disclose the contribution.

That’s a finding Ramaphosa called unfortunate in an appeal for a closer look at his own statements.

Meanwhile, Maimane promised a closer look as well following the decision by Busisiwe Mkhwebane, the public protector, that “there is merit to the allegation relating to the suspicion of money laundering.” She referred the matter for further investigation.

The DA said in addition to pursuing criminal charges, they will press for parliament to investigate Ramaphosa for violations of National Assembly rules.

A complete copy of the Public Protector’s report is available here.