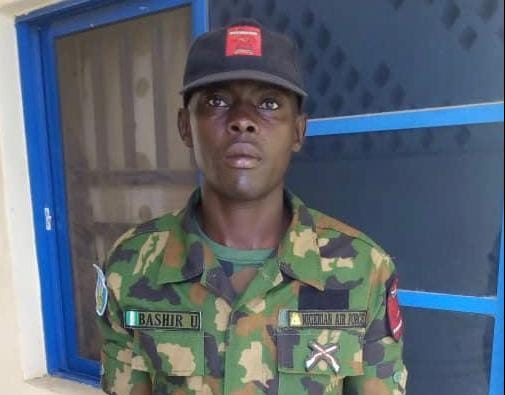 A member of Nigeria’s military will be receiving a well-deserved reward after he found €37,000 in a package that was left behind at a market near the airport in Kano, in the country’s far north.

Aircraftman (ACM) Bashir Umar was on a routine patrol with other colleagues when they found the money in the package at Hajj Camp Market. Umar is a member of the Nigerian Air Force’s Mobile Air Defence Team (MADT) and is tasked with airport security duties.

“Fortunately, there was a phone number on the parcel which the airman called,” the NAF said in a press release. Umar was able to eventually return the money to the owner.

Air Marshal Sadique Abubakar, the chief of air staff, ordered that Umar be rewarded for his efforts, in order to encourage other military personnel to follow his good example of integrity and service.

The Kano airport is surrounded by military installations in a region that sees security threats, including those of Boko Haram though not as frequently as other locations such as Borno. Kano was the scene of a massive coordinated attack against military and security forces in 2012, in the early years after the militant group formed, leading to the deaths of more than 200 people.

Three Boko Haram leaders were arrested there in recent weeks as they prepared to return to Borno.