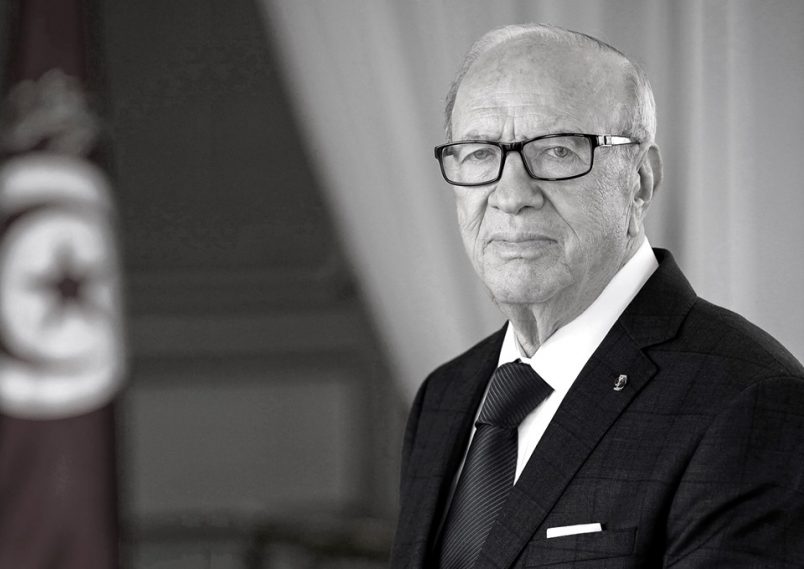 Tunisia will honor three days of mourning following the death of its president, Beji Caid Essebsi. The 92-year-old statesman died at a military hospital in Tunis on Thursday morning, following speculation about his health in recent weeks.

Alongside Tunisia in its mourning are Algeria, Jordan, Lebanon and the Palestinian Territories, according to Tunisian news agency TAP. They join a number of global leaders who extended their condolences and praised Essebsi, above, for his leadership of the North African nation, which found itself at the forefront of democratic transitions in 2011 that, to varying degrees, see effects that continue across the region.

“I was deeply saddened to learn of the passing of President Beji Caid Essebsi of Tunisia, a pivotal figure in the history of Tunisia and the country’s independence,” said António Guterres, secretary general of the United Nations, who called Essebsi a pioneer and trailblazer for Arabs and Africans.

“Essebsi will be remembered for his bold determination to uphold democratic rule in Tunisia and to respect and promote the rights of its citizens, including his strong advocacy for women’s rights and equality,” Guterres said.

Tunisian Prime Minister Youssef Chahed said a state funeral will honor Essebsi, with details on the memorial to follow.

Mohamed Ennaceur, head of the country’s National Assembly, was sworn in as interim president just hours after Essebsi’s death was announced. He has a period of 45 to 90 days, under the country’s constitution, to serve on a temporary basis.

The Independent Higher Authority for Elections said presidential elections will be held on September 15.