Home>SECURITY>Nigeria responds to abducted aid worker video with assurance of ongoing negotiations
By AT editor - 25 July 2019 at 11:21 pm 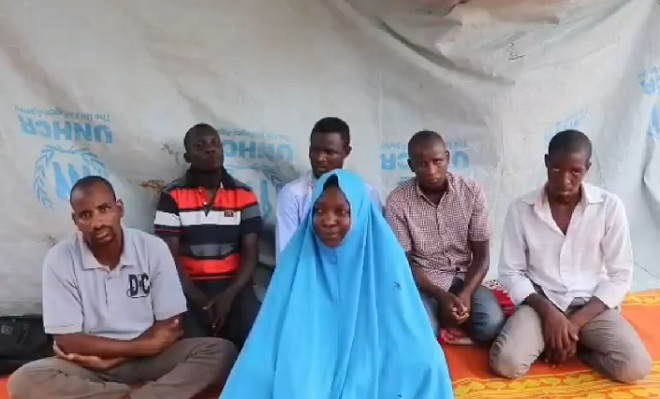 The international aid agency Action Against Hunger confirmed that a video released Wednesday night by Islamic extremists shows a member of their staff who was abducted last week in Nigeria’s Borno state, where authorities say they are working to negotiate a release.

The three-minute video, released by Islamic State West African Province, shows the woman named Grace and five colleagues identified as drivers and health workers who work alongside the aid agency.

“They are humanitarians and health workers and they chose to dedicate their lives to support the most vulnerable communities in Nigeria,” said the New York-based agency. “They were only in pursuit of solidarity, humanity and neutrality.”

The workers were traveling in a convoy in the far-north Damasak area of Borno last week when they were attacked on the road. A driver was killed in the incident while the others remained missing. They are Nigerians, and the woman identified as Grace appealed to the Nigerian government to secure their release.

Garba Shehu, spokesman for President Muhammadu Buhari, said Nigerian authorities are in negotiations with the extremists believed responsible for the attack and abduction.

“These discussions have been ongoing even before this time and what this latest incident has done is to bring urgency to the efforts that the secret service is making,” said Shehu. “Beside these aid workers, there are some others about whom this engagement is about: Leah Sharibu, a religious leader and all the others.”

Sharibu is a student abducted from Dapchi in February 2018 and the only one of 100 girls who was not released, reportedly because she is a Christian who refused to convert to Islam. Hers is one of several such cases the Nigerian government has sought to resolve but with limited success.

In the video, the aid worker Grace suggests that Sharibu may in fact be dead, and accuses the Nigerian government of not doing enough to help hostages in the past.