Home>Articles>'Worst Mediterranean tragedy' comes on heels of EU migration talks
By AT editor - 25 July 2019 at 7:27 pm 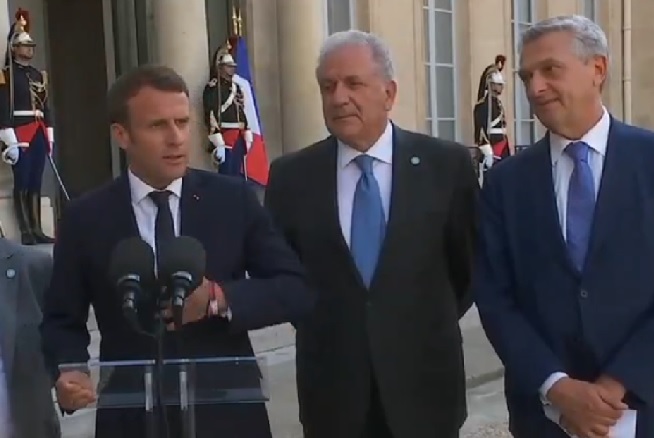 What is being called the single greatest loss of life on the Mediterranean Sea this year has claimed an estimated 150 migrants traveling by boat from Libya, according to early reports from the United Nations refugee agency on Thursday.

The shipwreck happened off the coast of Al Khoms, between Tripoli and Misrata in western Libya, according to the UN High Commissioner for Refugees office in the North African nation. “Initial reports indicate that over 100 persons may have lost their lives while another 140 have been rescued and disembarked,” UNHCR said.

Charlie Yaxley, agency spokesman for Africa and the Mediterranean, said the death toll may be closer to 150.

The tragedy comes just days after a high-level meeting in Paris to discuss the migrant situation in Libya, with European states agreeing that the policy of detaining migrants and refugees in Libyan facilities must end and that the volatile security situation in Tripoli is making matters worse.

European nations, and Italy in particular, have balked at accepting more migrants traveling the Mediterranean route from Libya and invested in policies – and the necessary training and equipment – that keep them in Libya, or return them to there when intercepted at sea. That position conflicts with the humanitarian and, in some cases, legal view that Libya is not considered a port of safety, and rescued migrants and refugees cannot be returned to its shores.

“The worst Mediterranean tragedy of this year has just occurred,” said UNHCR chief Filippo Grandi on Thursday. “Restoring rescue at sea, ending refugee and migrant detention in Libya, increasing safe pathways out of Libya must happen now, before it is too late for many more desperate people.”

UNHCR wants to see a formal European Union search and rescue operation emerge that replaces the existing patchwork system of rescues by beleaguered NGO groups or nearby commercial vessels. Those NGO groups often find themselves in conflict with authorities in Italy, Malta, Spain and other southern-port nations, most recently in the high-profile case of German ship captain Carola Rakete of Sea Watch, who was detained in Italy in June after a defiant landing of migrants at Lampedusa who had been stranded at sea for more than two weeks.

UNHCR said it is encouraged by the progress made Monday among European countries, led by France and Germany, to come to agreement on shared responsibility for hosting migrants after they’ve arrived on European shores. That’s long been a point of contention for southern European nations like Italy and Greece that say they’ve borne the brunt of the migrant crisis and are disproportionately impacted, both culturally and economically, by the relentless flows of migrants coming across the Mediterranean.

The Paris meeting included European foreign ministers and other high-level government leaders, with French President Emmanuel Macron celebrating a consensus “in theory” among 14 nations willing to welcome migrants and refugees.

“We will resume the program launched in 2017: to allow women and men who are entitled to asylum to be placed under protection without taking all the risks and crossing the Mediterranean,” Macron said. “France has kept its commitments and is taking new ones.”

In reality, however, just eight countries have said they’ll support a deal that would establish a new system for managing the migration crisis. They include Finland, Luxembourg, Portugal, Lithuania, Ireland and Croatia, the last coming as a bit of a surprise given recent accounts of violence against migrants by Croatian authorities.

Italy refused to attend the meeting, with Interior Minister Matteo Salvini again bristling at the notion that France and Germany are calling the shots for Europe at the expense of frontline countries. The highly visible anti-immigration leader repeated his warnings that Italy will never serve as the refugee camp for the rest of Europe – a series of remarks consistent with his nationalist rhetoric and that of his right-leaning political party.

While this week’s meeting demonstrated the continued rift over migration on the European continent, Thursday’s tragedy has underscored the human cost of policies that aren’t working and the thousands of lives lost to them. European nations have hoped that investment in African countries of origin and their development would slow the steady stream of migrants fleeing conflict, corruption and climate crises in their home states.

Beginning with Turkey and a €6 billion package that required Ankara to seal off its routes from Syria into the EU – primarily but not exclusively protecting Greece from the overwhelming influx – Europe has sought to solve its migration crisis by keeping migrants and refugees in their final transit countries before entering European nations.

Yet the strategy isn’t working, as German Chancellor Angela Merkel noted during a trip to Greece in January. Perhaps nowhere is that failure more obvious than in lawless Libya, where horrific conditions are well-documented and human rights violations are not theoretical.

The situation in Libya continues to deteriorate, with more than 1,000 people dead since the April launch of a Tripoli offensive by Khalifa Haftar, leader of the Libya National Army (LNA) based alongside a rival government in the country’s east. More than 60 people died earlier this month in an attack on a migrant detention facility in Tajoura that was widely attributed to the LNA, which denied its involvement.

Yet on Tuesday, migrants intercepted by Libyan naval authorities on the Mediterranean were sent back to the bombed-out Tajoura facility as if it never happened, adding to the sense of indifference over the migrants’ plight and adding another layer of failure in a crisis that Europe has yet to solve.