Home>News>Oxfam: Conflict, climate change and complacency affecting Horn of Africa
By AT editor - 27 July 2019 at 8:17 pm 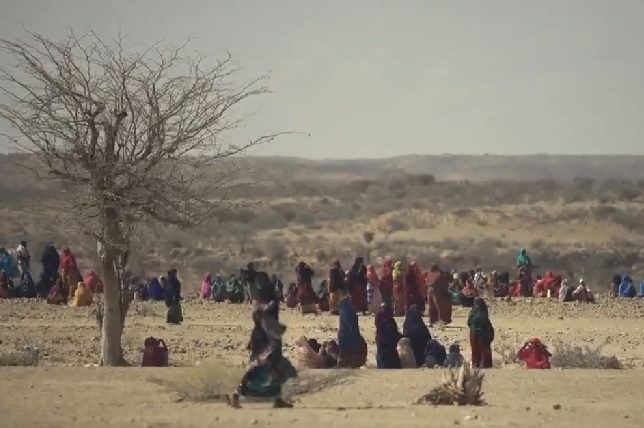 International aid organization Oxfam says more than 15 million people in the Horn of Africa region need assistance because of an ongoing drought, with lives at risk because lessons learned from drought conditions earlier this decade are being ignored.

Parts of Ethiopia, Kenya and Somalia are affected again after sparse rains have ruined crops and left an estimated 7.6 million people without food or income. The drought is compounded by conflict that has forced people to flee across the region and – unequivocally, in Oxfam’s assessment – by climate change.

“A climate crisis spiraling out of control has made drought the new norm in the region and is a reflection of global inequalities where vulnerable communities, who have done least to create the climate crisis, face its most devastating impacts,” the organization said. The statement came with a new report, “Committed or Complacent: A Failing Response to the 2019 Horn of Africa Drought Crisis.”

“The immediate humanitarian response must be matched with genuine commitment to addressing systemic causes of the crisis,” Oxfam added.

The organization praised the national responses of the affected countries but called on the international community to assist with humanitarian interventions that are seeing just a third of the funds needed to support them.

Lydia Zigomo, the Oxfam regional director for the Horn of Africa, said the 2011 famine illustrated the need for rapid response but the global community is failing to act on its learned experience.

“The international commitment to ensure that it never happens again is turning to complacency.  Once again it is the poorest and most vulnerable who are bearing the brunt,” she said. “We cannot wait until images of malnourished people and dead animals fill our television screens. We need to act now to avert disaster.”

The complete Oxfam report is available at this link.