Home>Commentary>A new call for truth on anniversary of Russian journalist deaths in C.A.R.
By Laureen Fagan - 31 July 2019 at 11:34 pm 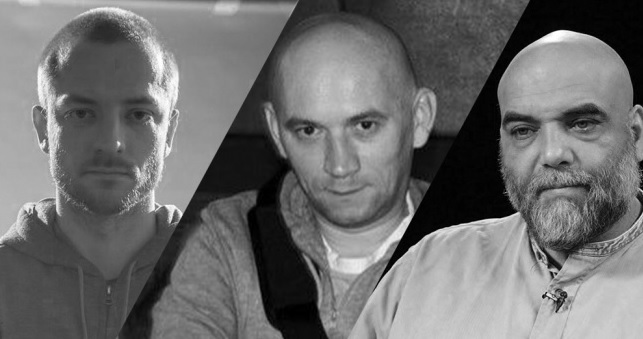 It’s been a year since Russian journalists Kirill Radchenko, Alexander Rastorguyev and Orkhan Dzhemal were killed in the Central African Republic (CAR) while working on an investigative project for Russian exile and Kremlin critic Mikhail Khodorkovsky.

The three seasoned journalists were launching a probe into the activities of alleged Russian mercenaries believed to be active in the CAR and connected to the Wagner Group – a private military outfit linked to oligarch and close Putin ally Yevgeny Prigozhin – when they were ambushed on July 30, 2018, near the town of Sibut.

Now to mark the anniversary comes a new report from Khodorkovsky and his Dossier Center, seeking once again to establish what happened to the three men and renew the call for justice in their deaths. The authors accuse both Bangui and Moscow of failing to conduct a thorough and diligent inquiry.

“Law enforcement agencies in the CAR do not actually take action to investigate a crime,” said the Khodorkovsky team in a statement released Tuesday. “The investigation in the Russian Federation on the fact of murder is conducted slowly and ineffectively.”

What’s more, the details of the Dossier Center report directly contradict the official account, which blames the attack on unknown Arabic-speaking actors. The incident is viewed as an unfortunate robbery-related roadside ambush, or framed as tragically unnecessary, while authorities in Russia have maintained for a year that the deaths of the three Russian journalists happened because of the crew’s own errors. They blame Khodorkovsky’s outlet for failing to provide them with adequate security.

Yet his Dossier Center counters that accusation, saying the official version is a narrative spun by Prigozhin and his people who intentionally launched “a targeted campaign to manipulate public opinion about what happened.”

The “key actors of the disinformation campaign” responsible for promoting this version, they added, are official representatives of the Russian foreign ministry and the Russian investigative committee tasked with the probe into the case.

Russian Ministry of Foreign Affairs spokeswoman Maria Zakharova has consistently dismissed any challenge to the official account, disputing as recently as Wednesday a relatively benign detail that was published about the dead journalists in Russian news outlet Novaya Gazeta.

“Even the personal belongings of the victims, which are stored in the Russian Embassy in the Central African Republic, still cannot be shipped to Moscow,” the news outlet said. Zakharova was quick to deny this was true, calling it “an example of another lie” she says are common in covering the case.

The Dossier Center team insists the truth is available but it is being suppressed. Their own investigation claims that robbery as a motive is inconsistent with the pattern of injuries found in the victims of the fatal attack. “The nature of the injuries received indicates that the murder was deliberate and professionally executed,” the center said, providing forensic videos and graphics they say support their case.

The Khodorkovsky team says it reviewed more than 40,000 call records and conducted interviews with a wide range of people. These include NGO staff with Doctors Without Borders and Human Rights Watch, conversations with the United Nations mission in CAR, MINUSCA, and local activists and journalists.

They talked to witnesses living near Sibut, and gathered information from the families and other contacts of the three dead journalists. They sifted through social media posts and flight records and corporate research conducted in the CAR – all data they say took them toward a different conclusion.

The Dossier Center report argues, among other things, that the driver hired by the journalists, Bienvenu Duvocam, was in constant communication with gendarme Emmanuel Kotofio and may himself have been a CAR military agent. Further, the official story about a fixer who worked with Dzhemal, Rastorguyev and Radchenko is questionable and the mysterious fixer called Martin likely never existed.

Kotofio, they say, was tracking the movements of the Russian journalists and remained nearby in the area of the attack. He was identified by witnesses as the man seen at a Sibut checkpoint at the time of the killings, and the Dossier Center says he maintained contact with another Russian identified as Alexander Sotov. The latter then spoke with Valery Zakharov, an adviser to CAR President Faustin-Archange Touadéra who they say is linked to Prigozhin and his interests.

“Employees of Yevgeny Prigozhin have an almost unlimited impact on the production of preliminary investigations in the Central African Republic, and also bribe officials directly,” the Dossier Center concluded. “Prigozhin personally participates in the management of the company’s projects in the CAR and other countries,” they added, noting that their activities “violate fundamental principles and norms of international law, as well as human rights.”

While the Dossier Center investigation carefully delivers a minute-by-minute reconstruction of events as derived from the phone calls and records, the entire investigation of the C.A.R. deaths still falls short of certainty. So does an understanding of Prigozhin’s role, or for that matter what Russian private military actors are doing on the African continent, not just in the C.A.R. but in Sudan, Libya or elsewhere.

That presence was ostensibly the reason for the Russian investigation in the first place. While it may never be clear exactly what happened to the journalists, or who is responsible, their own mission was never completed – and the questions about the Russian presence on the continent still remain unanswered.