Home>SECURITY>Libya's GNA objects to Salamé report to UN Security Council
By AT editor - 2 August 2019 at 4:27 am 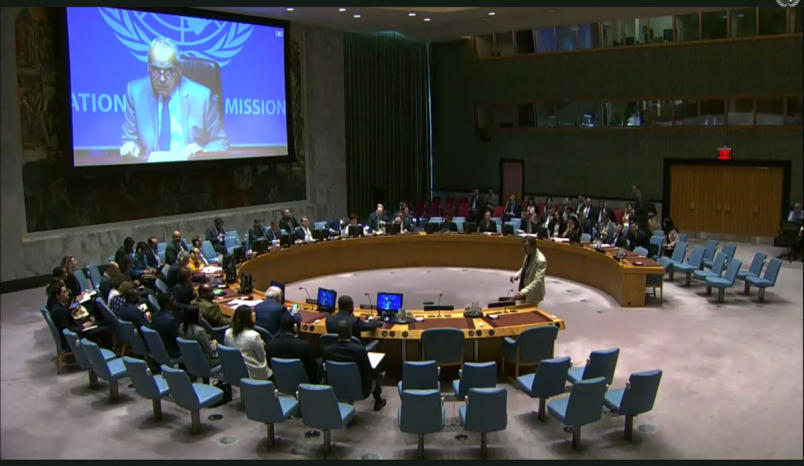 Libyan leader Fayez Al-Sarraj, head of the Presidential Council of the Government of National Accord, has summoned United Nations envoy Ghassan Salame in order to register disapproval about what the GNA says is “misinformation” provided to the U.N. Security Council on the situation there.

At the same time, the Libyan High Council of State (HCS) said it was sending a letter to UN Secretary General António Guterres in response to statements Salamé made that it says raise “doubts about the neutrality of the UNSMIL.”

Their objections center on remarks about extremists allegedly fighting for both sides, but the GNA is demanding that Salamé provide specific details about who he says is fighting on their side. That’s despite the fact the envoy did not specifically implicate the GNA or any group in his remarks.

“There is increased recruitment and use of foreign mercenaries, alongside the use of heavy weapons and ground attacks,” Salamé said. “Forces on both sides have failed to observe their obligations under international humanitarian law.”

The LNA says it will not stop the attack on Tripoli until it is conquered, he added, while the GNA forces insist on repelling Haftar’s forces and sending them back to eastern Libya. In the meantime, the reports of a revitalized Islamic State presence and the role of other nations in the conflict have increased.

The long conflict in Libya between the GNA and rival governments has escalated since April, when Libyan National Army leader Khalifa Haftar launched an offensive on Tripoli he said was necessary to stop terrorists. Salamé also met with Haftar this week.

At least 1,100 people have died since the Tripoli offensive began, among them 106 civilians.