Home>News>Eritrean immigrant among those killed in U.S. mass shootings
By AT editor - 6 August 2019 at 12:57 am 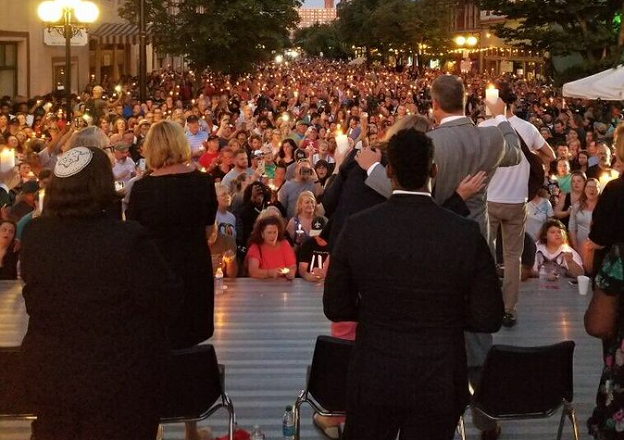 Family, friends and many in the community of Dayton are mourning the loss of an Eritrean immigrant who was gunned down during a mass shooting in the Ohio city, one of two such deadly incidents that occurred in the United States on Saturday.

Saheed Saleh, a 38-year-old who also lived in Sudan for a time, was honored by expat members of the Sudanese community who came to pay their respects at a vigil. Saleh and eight others died when 24-year-old Connor Betts opened fire in a busy and popular nightlife district. More than two dozen others were injured; the gunman was shot and killed by police during the incident.

Yahya Khamis, president of the Sudanese community group, said he was working on funeral arrangements for Saleh, who has been described as a quiet, hard-working father of three children.

The shooting in Dayton, a city of about 140,000 people, came just hours after a mass shooting in the Texas city of El Paso claimed 22 lives and left at least as many injured. The victims were shot when Patrick Crusius opened fire in a Walmart store filled with back-to-school shoppers, in a shooting investigated as a possible hate crime because Crusius allegedly published racial and anti-immigrant statements on social media immediately before the shooting.

The Texas and Ohio killings were the latest in a long line of incidents that for years have pitted U.S. gun control activists and firearms enthusiasts against each other, with increasing concern over how President Donald Trump’s rhetoric and that of his supporters may be fueling white nationalist anger.