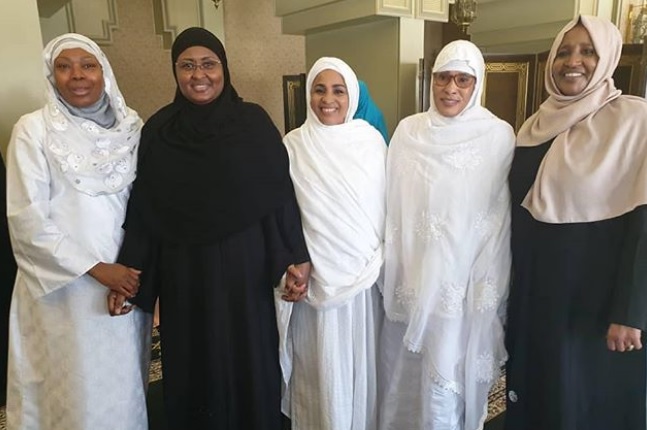 Some 2 million people will experience this year’s hajj rites in Saudi Arabia, where roughly 10 percent of pilgrims in 2018 were from sub-Saharan Africa.

Among this year’s pilgrims is Aisha Buhari, first lady of Nigeria. Buhari posted an Instagram photo Friday of herself, joined by the first ladies of Guinea, Niger, The Gambia and Somalia as they share the journey together.

While many from North Africa make the trip – just over 22 percent in 2018 – the Saudi government keeps separate statistics for those Arab states. Last year’s tally among African Muslims saw 166,083 from the sub-Saharan region account for 9.5 percent of the total making hajj from outside the kingdom, with Nigerians accounting for many of them.

Congolese pilgrims cannot travel this year because of the ongoing Ebola crisis but those from other nations do. In Nigeria, Cameroon and Mali, for example, the Saudi consulate held sendoff ceremonies this week for those making hajj.

The Saudi government said for this year, it has issued more than 1.8 million visas for the kingdom through its embassies and temporary hajj missions in nations without a diplomatic presence. Their visitors began Friday to honor the five-day ritual expected in the lifetime of a Muslim with the health and means to do so.

Saudi authorities have assured Muslims they are prepared for this year’s hajj with extra attention to security, and heat and other health concerns. The Al-Jisr Hospital in Mina cared for 276 patients on Friday, according to the Saudi Press Agency.