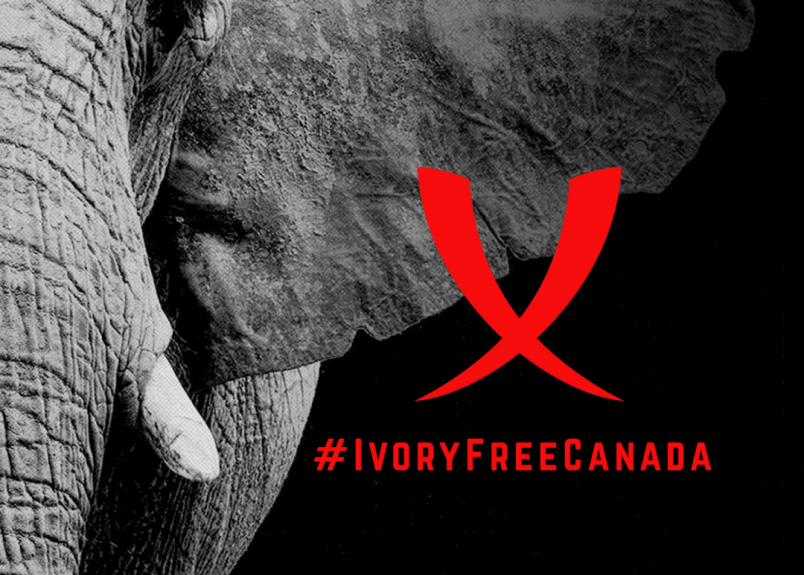 On World Elephant Day, environmental champion and conservationist Jane Goodall is leading the charge to protect elephants with a campaign to end the legal ivory trade in Canada.

“The ongoing slaughter of African elephants for their tusks has decimated elephant populations. Today, this magnificent animal is highly endangered and on the brink of extinction,” the Goodall organization said in its August 12 campaign celebrating elephants. “Currently an estimated 20,000 elephants are killed every year for their ivory. At this rate, they will be erased from the wild in our lifetime.”

Since 1980, the number of elephants in Africa has fallen from 1.3 million to just over 400,000. Goodall wants the Canadian government to join other nations in banning the ivory trade, as China did and Singapore now is doing. Other nations with domestic ivory trade bans include the UK, France and most of the United States.

“The Canadian government refuses to do the same and also ban the ivory trade. Shockingly, Canada is directly contributing to the destruction of one of the planet’s most iconic species by keeping its elephant ivory market open for business,” the institute said. “Canada also legally permits elephant trophies to be imported. Between 2007 and 2016, Canada allowed the importation of 83 trophy elephants, 434 elephant skulls and 260 elephant feet.”

Goodall’s group is asking people to sign a petition that calls on the Canadian government to protect elephants. They’re hoping for 500,000 signatures by the end of Monday, and were up to more than 448,000 by evening time in Botswana.

To see or sign the petition, check this link.