Home>SECURITY>Report: U.S. concerned about broader Russian influence in Africa
By AT editor - 14 August 2019 at 3:47 pm 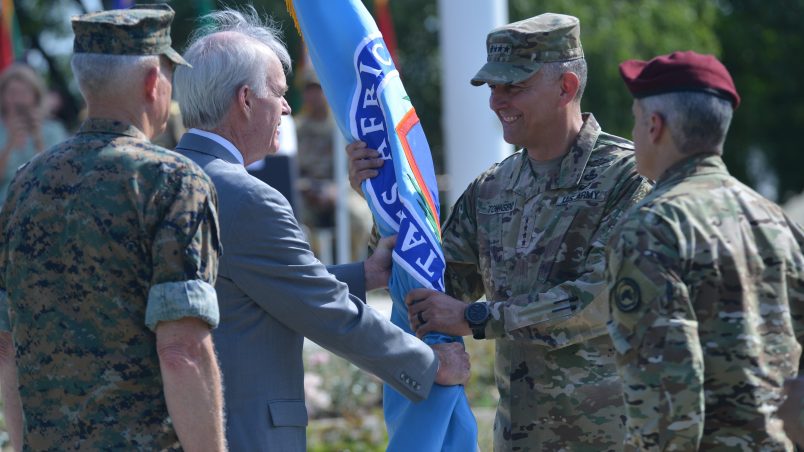 The Russian presence on the African continent may be broader than publicly acknowledged, and alongside a rising China remains a critical concern for the United States, according to a new report from investigative news outlet The Intercept in the U.S.

The report from award-winning author Nick Turse, published Tuesday, is based on written testimony provided to the U.S. Congress by Marine Corps Gen. Thomas D. Waldhauser, the former head of U.S. Africa Command (AFRICOM), and the man who replaced him last month at his retirement, Army Gen. Stephen J. Townsend.

Turse reviewed the written testimony after filing a Freedom of Information Act (FOIA) request for the documents. They add detail to public testimony made earlier in the year and illustrate growing concern in the U.S. over the economic and cultural influence, and the security presence, of both countries.

That presence in Central African Republic, Sudan, and to some degree Libya and Algeria, has come under scrutiny before. But Waldhauser added Angola, Guinea, Guinea-Bissau, Mali, Mauritania and Tunisia as “other nations that were also involved with Russia or susceptible to its influence,” Turse wrote.

AFRICOM has launched a five-year campaign to counter the Russian and Chinese influences, according to the U.S. leaders.

To read the full Intercept report, check this link.