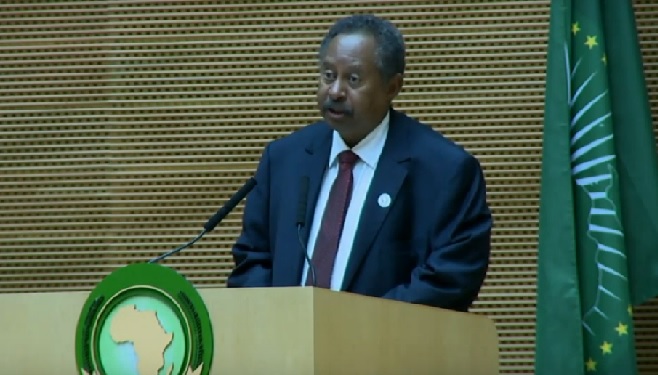 Sudanese opposition leaders say they’ve agreed to the nomination of Abdalla Hamdok as the nation’s new prime minister, ahead of Saturday’s formal launch of a transitional government that’s been under negotiation since the ouster of former President Omar al-Bashir in April.

The announcement came Thursday from the Sudanese Professionals Association, a core element of the Forces of the Declaration of Freedom and Change movement pressing for democratic rule. They’ve been representing Sudanese activists in talks with the Transitional Military Council in the months following what began as economic protests in December and evolved into a political revolution.

“We welcome this choice, and we will offer all possible support to Dr. Ḥamdok while emphasizing our oversight role during the transitional period towards full democracy,” the organization said in a statement.

Hamdok is an economist who served with the United Nations Economic Commission for Africa (UNECA) and the African Development Bank (AfDB) but began his career in Sudan’s finance ministry. He’s been widely considered a top PM choice as negotiations between Sudanese military leaders and the opposition progressed in recent months, assisted by the African Union and neighboring Ethiopia.

The 39-month transition period will begin with Saturday’s signing ceremony in Khartoum, as both sides say they’re prepared to move forward and finalize an August 4 agreement.

The agreement includes an 11-member sovereign council, with five members each from the military and civilian populations. The sixth civilian will be selected by agreement of the other 10 members. A legislative council won’t come until after the sovereign council and ministerial leaders are established, which is likely to be next month.