Home>Politics & Policy>SADC summit ends with focus on Burundi, Lesotho and Zimbabwe
By AT editor - 19 August 2019 at 10:16 pm 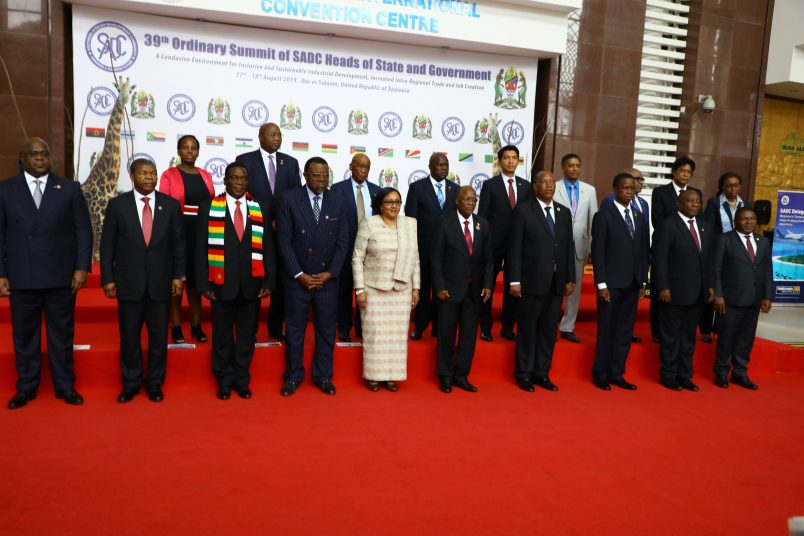 For now, the SADC will remain at 16 members because Burundi – hoping to join – has not met all conditions for its membership. The SADC said it plans a progress report and verification mission to Burundi in the future.

A communique issued at the summit’s end focused on economic development, with “great concern” that trade growth among SADC nations is slow and the region is failing to harness the power of its resources to their benefit. The finding was aligned with the theme of this year’s summit, which focuses on industrial development, increasing regional trade and creating jobs.

High on the list of trouble spots is Zimbabwe, where economic crisis and political instability have led to calls from SADC nations to lift sanctions imposed against the member nation. Magufuli reiterated the appeal – one frequently made by Zimbabwe’s leaders – at the conclusion of the summit.

Lesotho also continues to be cause for concern as it experiences another round of political instability and fails to implement long-delayed reforms. One bright spot welcomed by SADC is the establishment of a National Reforms Authority in Lesotho to help in executing an established roadmap for reforms.

Other key points discussed in Dar es Salaam included the impacts of tropical cyclones Idai and Kenneth, the back-to-back storms that struck Mozambique in March and April. Mozambique, Malawi and Zimbabwe were heavily impacted, while storms have also targeted Comoros, Madagascar and South Africa.