Home>SECURITY>Russia says missing crew of pirated ship believed to be in Nigeria
By AT editor - 23 August 2019 at 1:29 am 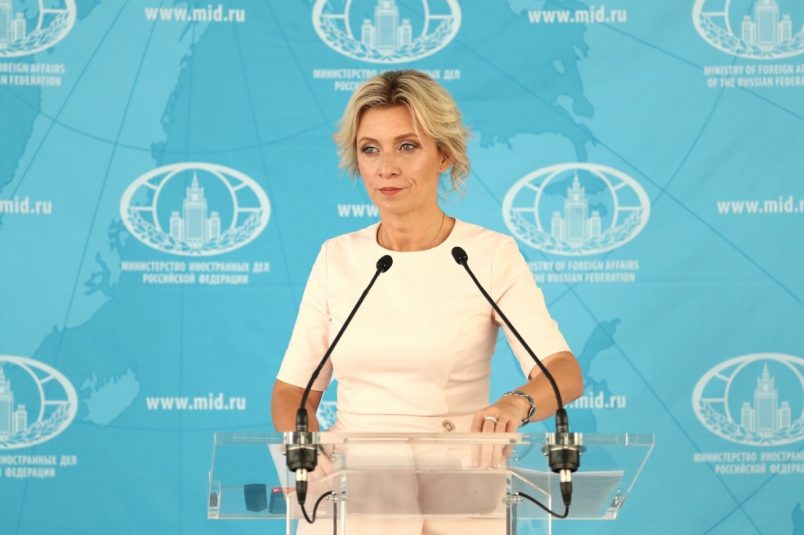 Russia’s foreign ministry says it is closely following developments since pirates attacked a ship off the coast of West Africa last week and is assisting with negotiations over the safety of eight crew members held hostage.

Foreign ministry spokeswoman Maria Zakharova, speaking at a press conference from Pyatigorsk while attending a youth festival, confirmed that three of the eight who were abducted by an armed group on August 14 were Russian nationals. She identified them as a captain, V.V. Slepchenko, along with  senior assistant N.N. Ruzhitsky and mechanic O.V. Druzhinin.

They were aboard the cargo ship MarMalaita about 40 kilometers southwest of the port city of Douala when the incident occurred.

Zakharova said their abductors were believed to be Nigerian. “According to the information we have, the captives have been transported to Nigeria,” she said. The bandits also took cash and personal belongings of the seamen, while damaging the communications and navigation equipment.

“The Russian embassy in Yaoundé is coordinating with Cameroonian authorities and the Interregional Coordination Center for Combating Piracy in the Gulf of Guinea, as well as with a shipowning company that has formed a special working group whose task is to release the Russian citizens as soon as possible,” said Zakharova.

MarConsult Schiffahrt, the owner of the vessel, said a total of 12 crew members were on board at the time of the attack.

“We have assembled our emergency response team and are doing utmost to deal with the case, in cooperation with all relevant authorities and crew managers,” the company said. “Our thoughts reach out to the concerned families, and we will take all efforts to support and assist them until their seafarers safely return back home.”