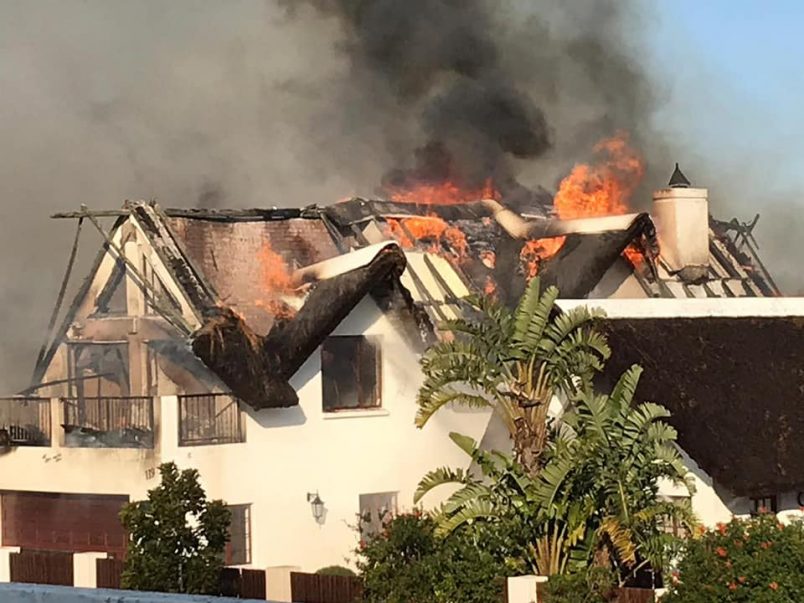 Authorities in South Africa say a fast-moving field fire is now contained in the resort community of St. Francis Bay, but not before the blaze claimed at least 11 homes.

There was no immediate word of any injuries.

The fire broke out Thursday near Lyme Road North, which runs between fields to the north and an adjacent golf club to the south, just a few hundred meters from the sea.

Some 85 firefighters on the ground, supported by two water-dumping helicopters, battled the blaze throughout the day as it threatened more homes and encroached on a nearby shopping center.

“All our emergency resources are on the ground fighting the fire in St Francis Bay,” said the Kouga municipality. “We urge the public to obey the traffic officials and the police, and ensure roads remain open for the emergency vehicles.”

That request remained true even late in the day as cleanup operations continued and firefighters watched for flareups and hotspots. “The St. Francis fire has been extinguished. Mopping up and dousing of the debris is expected to continue throughout the night,” said Kouga authorities.

Residents were dismayed to see another fire destroying homes so soon after last December’s blaze, which destroyed at least 11 homes just to the south of those affected by Thursday’s fire.

South Africans along the coast have endured a number of fires in recent years, driven by high storm winds or made worse by tinder-dry drought conditions.

Nearly 8,000 people face displacement because of a dam under construction in the southern African…