Home>Politics & Policy>G7 sessions focus on African partnership, inequality
By AT editor - 26 August 2019 at 4:03 am 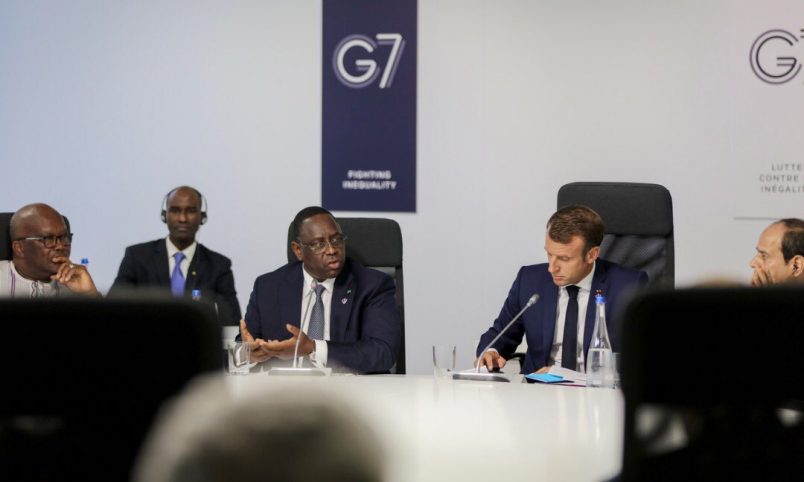 While there are quite a few issues confronting participants of the G7 meetings in France – from the wildfires in the Amazon to the “surprise” appearance of the Iranian foreign minister – they haven’t overshadowed the importance of Africa on the agenda.

That’s made clear by the number of African leaders invited to attend to discuss inequality, the major theme of this year’s conference in the French resort community of Biarritz.

President Emmanuel Macron invited his counterparts from five African nations representing regions of the continent, with their Africa-focused sessions on Sunday also including the African Union’s Moussa Faki Mahamat and Akinwumi Adesina of the African Development Bank.

President Cyril Ramaphosa was on hand to promote partnership and investment opportunities in South Africa, while President Macky Sall of Senegal praised the progress in a working session that delivered “concrete and ambitious proposals to combat inequality and tax evasion in Africa.”

Migration and security also topped the agenda, with the president of Burkina Faso, Roch Marc Kaboré, representing the Sahel region and his European counterparts vowing to maintain their commitment to West African security. The meeting comes as Burkina Faso recovers from yet another extremist attack on its military that claimed at least two dozen lives last week.

Also in the mix were presidents Paul Kagame of Rwanda and Abdel Fattah El-Sisi of Egypt, the former and current chairmen of the African Union.