Home>African Future>India, Africa connect on training and tech education
By AT editor - 27 August 2019 at 11:09 pm 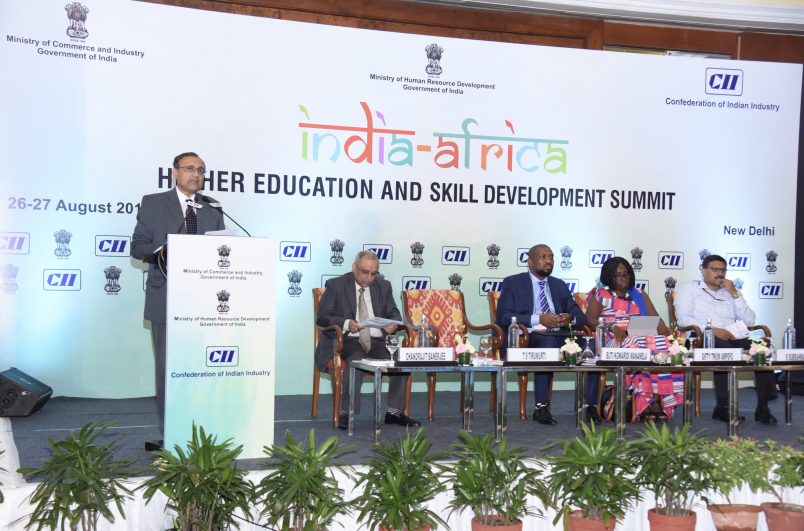 African leaders have completed a two-day conference in India, designed to boost economic opportunity and international partnership through education.

The event in New Delhi, coordinated by the Confederation of Indian Industry (CII), saw education ministry staff from Ghana and South Africa join their Indian counterparts to discuss opportunities for training with India.

Other African nations signing memorandums of understanding on furthering educational partnerships include Malawi and Democratic Republic of Congo.

Delivering the keynote address was E.R. Tirumurti, the secretary for India’s Ministry of External Affairs. He emphasized the need for South-South cooperation in preparing the workforces of developing nations for the challenges of the future, and the demand for digital skill development for Africans and Indians.

“World population has grown significantly and the number of young people, especially in India and Africa, is higher than ever before. Youth demand appropriate and quality education and better employment to compete and aim higher,” he said.

Tirumurti touted the benefits to African students who come to study in India, and noted that 80 percent of the 50,000 slots for such training have been filled during the five-year planning window.

“India has also undertaken the establishment of institutions and training centers which are scattered across the African continent,” he said. Six IT centers have been established in the last four years, including facilities in Morocco and Lesotho; technology centers have been set up in Madagascar and Zimbabwe; and vocational training centers were built in seven nations, The Gambia and Rwanda among them.

“We have had a Somalian student in India, who later came back here as the Somalian ambassador to India and served her country with great distinction,” he added. “Google, Microsoft, MasterCard, Pepsi, Adobe and major Fortune 500 corporations have or have had Indians heading them, and I see no reason why we should not see more such leaders from Africa emerge soon.”