Home>News>Mauritian chef’s cookbook celebrates Indian Ocean cuisine
By AT editor - 27 August 2019 at 2:01 am 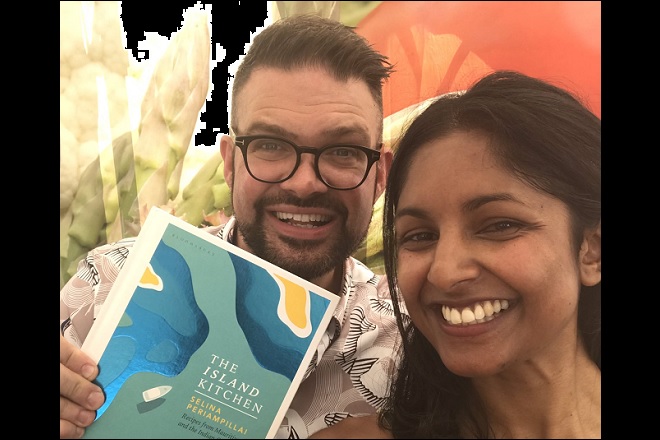 Move over, jollof wars of West Africa. For Selina Periampillai, a chef of Mauritian descent who grew up in London, it’s the scent of spices and the Indian Ocean cuisine that keeps her connected to a heritage that she’s now sharing with a new cookbook, “Island Kitchen.”

Periampillai, along with chef Kenny Tutt, had the chance to show off some chicken cari at the Wimbledon Food Festival, and it’s brought renewed attention to both her book – it was released in May – and the cultural tastes that she celebrates.

“When I am in my kitchen in London I need only to open the door of my larder and for a few moments I am taken back to this majestic part of the world,” she writes in the book’s introduction. “Rich, dark vanilla pods make me think of Madagascar, where they flourish. Fresh turmeric, coriander and curry leaves, dried cumin and chili, pepper, cloves, nutmeg and cinnamon transport me to Réunion and Rodrigues, to the Seychelles and the Maldives, to Comoros and Mayotte.”

What she hopes is that others will explore the oft-overlooked flavors she grew up with and then, as a self-taught chef, turned into a mission that saw her launch the first Mauritian supper club in London. From there she began writing recipes for Air Mauritius and other travel outlets, ultimately turning to catering and the kind of demos she did at the Wimbledon event.

To learn more about Periampillai’s work and check out a recipe or two, see this link.