Home>Politics & Policy>China denies it has any issue with Africans attending TICAD7
By AT editor - 30 August 2019 at 1:01 am 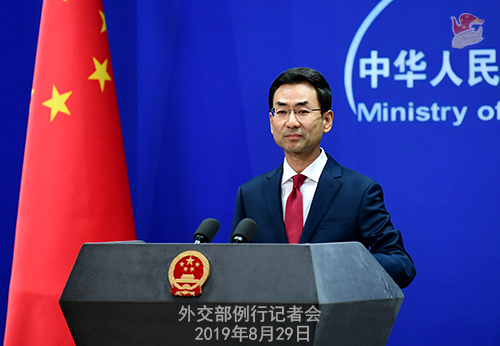 A China at odds with neighboring Japan denied any concerns over the latter’s engagement of African leaders as they attend the 7th Tokyo International Conference on African Development (TICAD), which began Wednesday.

That denial followed reports speculating that the Japanese didn’t release information about African leaders attending the conference because those leaders feared Chinese pressure if they attended.

“Supporting Africa in realizing peace and development is in the interests of the international community and also a shared responsibility,” said Geng Shuang, spokesman for China’s Ministry of Foreign Affairs. “It is a shared expectation among African countries that the TICAD summit can play a positive role in supporting African development.”

Geng dismissed the reports as being baseless, even as a number of media outlets suggested that Japan is increasing its influence in order to curb China’s own on the continent. Japanese Prime Minister Shinzō Abe, speaking at TICAD7, expressed the common concern over Chinese debt traps and the strings that may attach.

“China is always glad to see Africa building diversified cooperation partnerships. We welcome efforts based on equality and mutual respect by Japan and other international partners to help Africa realize lasting peace and self-reliant sustainable development,” Geng countered. “I need to stress that as African leaders observed on many occasions, there is no shortage of international conferences on Africa and they welcome pledges of assistance to African countries, but the key lies in honoring commitments with actions.”