Home>Health>Uganda confirms another cross-border Ebola case
By AT editor - 30 August 2019 at 12:35 am 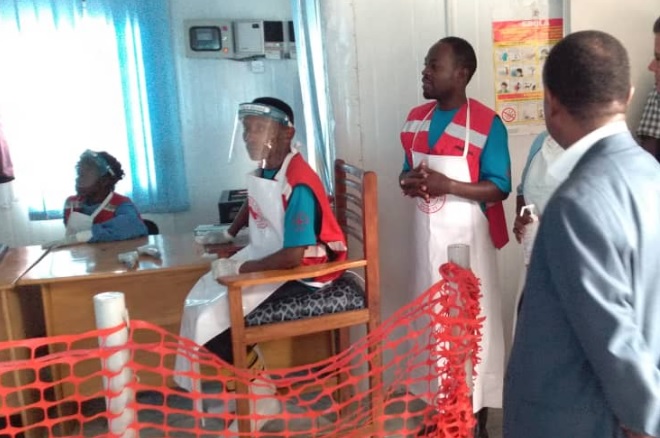 Another Ebola case was reported in Uganda on Thursday as the ongoing outbreak in Democratic Republic of Congo reached the new milestone of more than 2,000 fatalities.

Uganda’s Ministry of Health said a 9-year-old Congolese girl traveled into the nation’s Kasese district at Mpwonde (above) with her mother, in order to seek medical care in Bwera.

“The child was identified by the Point of Entry team,” the ministry said, noting the symptoms she presented with were consistent with Ebola infection. “She was subsequently isolated and transferred to Bwera Hospital Ebola Treatment Unit, where she is currently being managed.”

The child’s blood test was confirmed as positive but authorities think that because she was properly screened at the border checkpoint, there are no further contacts in Uganda.

“The ministry reassures all Ugandans and visitors that with experience and expertise available in the country, the disease will be contained,” the health officials said in a press release.

Tedros Ghebreyesus, director general for the World Health Organization, said WHO staff is working with Uganda and its partners to care for the child and anyone else who may be at risk.

News of the case comes as WHO officials confirmed that 2,006 people now have died in the Ebola outbreak, which has affected the volatile eastern provinces of North Kivu, South Kivu and Ituri in DR Congo.

WHO: More than 6,000 measles deaths in DR Congo

The World Health Organization says more than 6,000 people have died from measles in Democratic…

There are disappointing trends in the Ebola fight in Democratic Republic of Congo, where an…