Home>SECURITY>Another bomb attack threatens Malawi opposition group
By AT editor - 31 August 2019 at 12:07 am 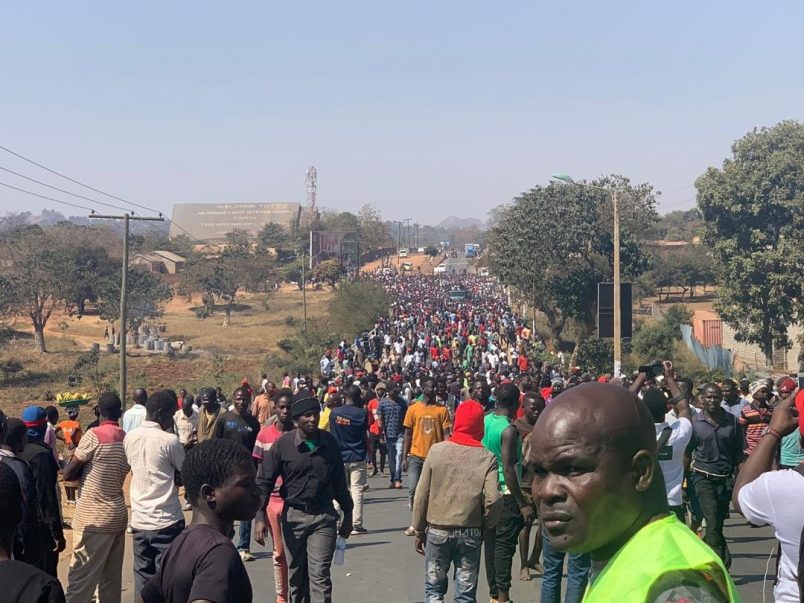 In Malawi, plans for a meeting between security officials and opposition leaders with the Human Rights Defenders Coalition (HRDC) were disrupted Friday by yet another firebomb threat outside the Crossroads Hotel in Lilongwe.

Witnesses say an unidentified suspect was seen running toward an HRDC vehicle with the firebomb before escaping. No explosion occurred and no injuries were reported, according to a Malawi24 report. The HRDC said police are investigating the incident.

“We need to be assured of our security,” said HRDC leader Timothy Mtambo, speaking with reporters about the meeting, which already had been moved twice because of security concerns. “They have to listen to us because we are vulnerable.”

The incident followed a bombing attack last week in Mtambo’s home village in Chitipa, and a previous firebomb attack that damaged a home and vehicle. Mtambo also says that supporters of President Peter Mutharika have been following him as he organizes in different communities.

Mtambo has coordinated protests against the outcome of the disputed May presidential election and called for the resignation of Jane Anseh, Malawi’s electoral commission chief. A 14-day ban on those protests was announced on Monday.

Mutharika, whose electoral victory was challenged in the country’s high court, has threatened the use of force to shut down HRDC protests as his Democratic Progressive Party (DPP) claims that HRDC is trying to overthrow the government.

Mutharika has accused his challengers, Saulos Chilima of the United Transformation Movement (UTM) party and Lazarus Chakwera of the Malawi Congress Party (MCP), of manipulating national stability through the HRDC.