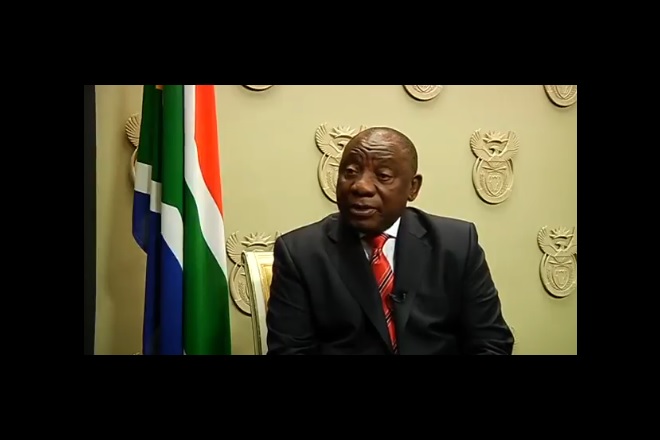 South African President Cyril Ramaphosa on Monday condemned the violence against foreigners that has been sweeping across parts of the country, as mobs loot and attack immigrants and the businesses they own.

“The attacks on people who run businesses from foreign nationals is something that is totally unacceptable,” Ramaphosa said in interviews shared by the presidency on social media.

“It is something we cannot allow to happen in South Africa, where people who are running their own businesses are attacked and their businesses are destroyed through looting and being firebombed.”

More than 100 people have been arrested following this most recent wave of anger directed at foreign nationals, most of them in the protests and violence that spiked on Sunday in the central business district in Johannesburg.

Other attacks and subsequent arrests were reported in Kwa-Zulu Natal province, where foreign truck drivers have been targeted. The Human Rights Watch organization recently detailed the struggles migrant drivers have faced for more than a year, and urged South Africa to move forward with a  National Action Plan to combat xenophobia developed in early 2019.

Ramaphosa praised South African security forces for containing the violence and appealed to all South Africans to honor the rule of law and address their grievances appropriately, in keeping with the country’s democratic ethos.

“We’re a country that is completely committed against xenophobia. We do not allow and cannot tolerate attacks on people from other African countries and indeed from other countries completely,” he said.