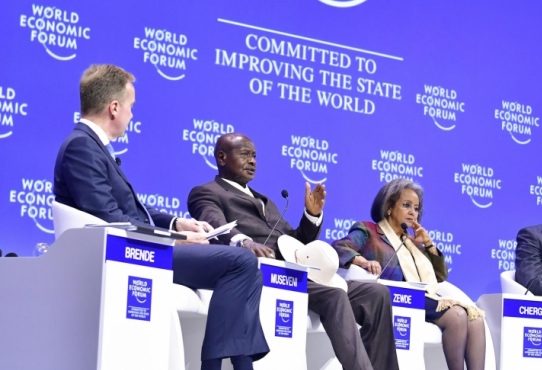 President Yoweri Museveni, true to his pan-African convictions, said Thursday that unity is the key to ending the continent’s many conflicts and businesses contribute to the cause of peace by establishing stability.

“Thriving businesses cause social transformation which changes society,” said Museveni, speaking at a session of the World Economic Forum meeting on African nations held in Cape Town. “When you have a big middle class dominated by employers and employees, issues become different.”

You must have a middle class, he said, because it is a part of building a durable peace as much as it is the goal of nations seeking cultural and economic advancement.

To end the conflict curse, Museveni added, requires an understanding of how the conflicts began and the motives behind them.

“You find people fighting because they are Muslims or Christians or because of their tribes,” he said, which is a failed strategy for building societies and creates polarization instead of economic success.

“Wars therefore premised on identity must be condemned because they are ideologically bankrupt. They are criminal wars,” he said.

Other panel participants, according to Museveni’s office, included Ethiopian President Sahle-Work Zewde and Smail Chergui, the African Union Commissioner for Peace and Security.

The “Towards Peace” forum was moderated by Børge Brende, president of the World Economic Forum, which will continue its Cape Town meetings through Friday.