Home>News>Salamé warns that Libya crisis could drive regional chaos
By AT editor - 5 September 2019 at 1:45 am 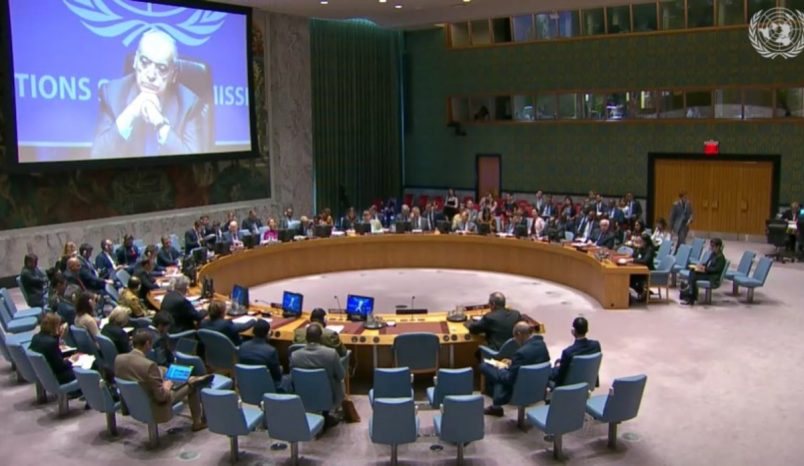 The special envoy to Libya painted a dire portrait for the United Nations Security Council on Wednesday, warning of two potentially deadly outcomes if Libya fails to abandon the “chimera” that is a military solution.

Ghassan Salamé told the council that one path leads to “continued fratricide amongst the Libyans” in a long, slow conflict, while the other could result in a sharp escalation that will “assuredly plunge the entire region into chaos” because of the influence of other governments and the proxy-war evolution.

“The violence in Libya is exacerbated by the supply of additional arms, ammunition and war materiel into the country,” said Salamé. “Violations of the arms embargo have been both routine and often blatant by both of the main parties to the conflict and their respective sponsor Member States.”

He went on to say that 40 cases related to arms embargo violations are under investigation, and the embargo has been largely ineffective since Khalifa Haftar and forces aligned with the eastern Libyan National Army (LNA) targeted Tripoli five months ago.

While the special envoy stressed the potential for catastrophe, his strong remarks may not be well received by the Government of National Accord. Similar comments made by Salamé last month came under fire from the GNA, who wanted clarification of which groups were allegedly fighting for the Tripoli-based government.