Home>Commentary>Mugabe is gone. But Mugabe already was gone, and yet remains
By Laureen Fagan - 7 September 2019 at 3:55 am 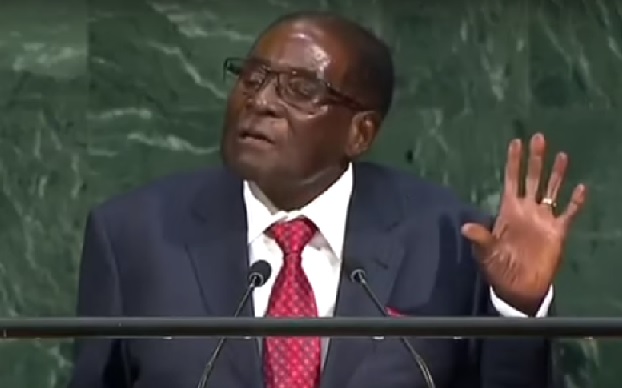 Robert Mugabe has died, and Zimbabwe is planning a historic funeral to mark the passing of the man both honored and loathed by his nation.

World leaders – from Nigeria and Kenya, Venezuela and the United States and China – responded to the news with their condolences. His Zanu PF loyalists hailed Mugabe as the nation’s founder, while his detractors spoke somewhere along a continuum of tactful diplomacy to fiery defiance. Media outlets tried to capture the moment for them all.

Yet when it comes to Zimbabwe’s future, the news that the 95-year-old Mugabe died on Friday in Singapore, where he was receiving medical treatment, may mean far less than it once did for those resigned to believing it was the only way to ever effect change. It’s been two years since he was ousted from office and President Emmerson Mnangagwa took over, and in that relatively brief time window it’s become clear that removing the iron fist of an aging Mugabe didn’t end Zimbabwe’s many challenges.

On a much longer timeline, nearly a century has passed since Mugabe was born in a Rhodesian village. While Zimbabwe lives with the consequences of its history and the troubling choices Mugabe made – many wondering in vain what might have been – the truth is that the Mugabe era left before he did.

The decades that have passed since Mugabe’s leadership became toxic, poisoning the economic and political possibilities of the former British colony he helped to liberate, have shaped powerful forward-thinking leaders. They still wait for their moment, but the chronic waiting creates an ambivalence on Mugabe too. Mugabe has died and always would one day die, whether one opposed him bitterly or not.

It’s Zimbabwe that will continue on in its struggles.

“What went wrong with Mugabe”

The “what went wrong with Mugabe” narrative has tended to dominate the conversation around his death, and it’s the same solving-the-enigma approach that happened often enough during his life – a life that lasted so long that until he was removed in November 2017, he was the oldest head of state in the world.

He also had been the only leader Zimbabwe had known since independence.

“Mugabe was an icon of liberation, a pan-Africanist who dedicated his life to the emancipation and empowerment of his people,” said Mnangagwa in announcing the news. “His contribution to the history of our nation and continent will never be forgotten.”

That same message was shared by the Chinese, who hailed the former president as an exceptional national liberation movement leader. Mugabe “spent his lifetime safeguarding national sovereignty and independence, opposing external interferences and promoting the friendly cooperative relationship between China and Zimbabwe and the other parts of Africa,” said foreign ministry spokesman Geng Shuang. “We deeply mourn his passing and extend sincere condolences to the Zimbabwean government and people as well as his family.”

Yet the Mugabe role in securing Zimbabwe’s independence never translated into national prosperity. Scholars, diplomats and journalists writing their Mugabe obituaries have been dissecting his legacy as if it were possible to isolate a turning point. What happened to the man who risked so much to end colonial tyranny yet became a brutal dictator himself? Why did Mugabe, who began his tenure with a progressive vision for education and health care and the African economy, ultimately hoard the power and wealth he had hoped to reclaim for a people? How did that power utterly corrupt his leadership?

Pastor Evan Mawarire, the high-profile activist behind Zimbabwe’s #thisflag movement who was frequently arrested under Mugabe, said he thinks it’s the wrong construct for understanding the man.

“Throughout the 1980s and 1990s Mugabe’s desire to be the supreme, unchallenged and lifetime leader of Zimbabwe birthed political violence, forced disappearances, tortures, rigged elections, corruption and an economy that collapsed multiple times in one generation, leaving millions desperately poor,” said Mawarire in an essay for Time.

There is no turning point. Mugabe was always a monster. “Whatever good things Mugabe did pale enormously in comparison to his brutality against his own people and the future he robbed us of,” he added.

Mourning, but moving beyond Mugabe

Mawarire speaks of his father and grandfather, of himself and the three generations that suffered under Mugabe in a Zimbabwe that became repressive, at odds with the international community and crippled by its economy – one it often argues was harmed by the sanctions imposed from beyond its borders.

Other Zimbabweans say that with Mugabe’s departure nearly two years ago, the nation is ready to move on and in many ways already has. Mugabe, however oversized his footprint, has become a part of their history in the demands of the day-to-day. Beyond the appropriate state farewell, they won’t look back.

The problem is that they’re looking forward to a future so heavily shaped by their longtime leader, from the economic crises and shortages they continue to endure to Mnangagwa, the current president who is himself a part of the long-reaching Mugabe legacy. The shadow of Mugabe falls across their political lives and institutions. It falls on their collective identity. It falls on their relationships with each other, on their shared history with their African neighbors, on their relationships in an uncertain global future.

Mugabe is gone, but Mugabe was already gone. And in his shadow, forging the difficult path forward is what remains.