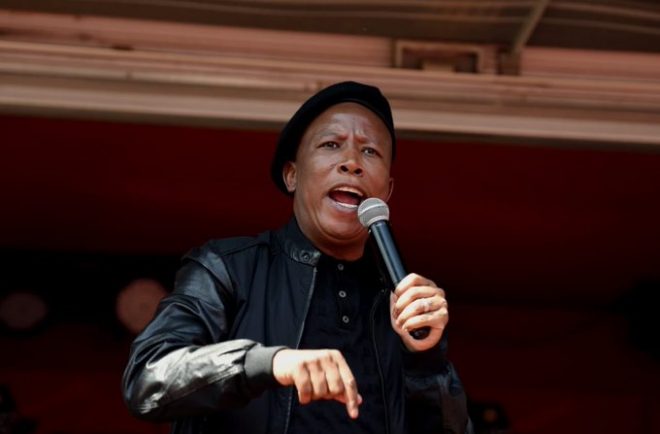 South African broadcaster EWN has apologized to Julius Malema, head of the Economic Freedom Fighters (EFF) party, after reporter Barry Bateman was accused of insulting Malema on tape while wrapping up a press conference at HAWKS police headquarters in Pretoria on Tuesday.

“Bateman was caught on camera using derogatory words while in conversation with another reporter,” said EWN in its statement.

“The video has since been shared on social media. As EWN, we demand that our reporters abide by the same high standards that we expect from others. Bateman was taken off air immediately after we were made aware of the video. EWN will hold an internal probe that will deal with the matter appropriately.”

Malema and the EFF, however, rejected what it called the “lukewarm” EWN apology.

“We have long warned that journalists are responsible for the toxic environment that EFF has to operate in,” the party said, accusing South African media in general of biased reporting. The EFF called on EWN to deal with Bateman fairly.

“Had it been a black journalist who would have insulted a white party leader, he would be under suspension with immediate effect,” the EFF added. “Bateman must be dealt with the same way and not be accorded the white privilege of kid gloves.”

Malema was at the HAWKS building after he was accused of firing a weapon in public. He faces charges but said the accusation is politically motivated and a distraction from dealing with South Africa’s real issues.