Home>African Future>Pope Francis appeals for end to African xenophobia
By AT editor - 12 September 2019 at 4:04 am 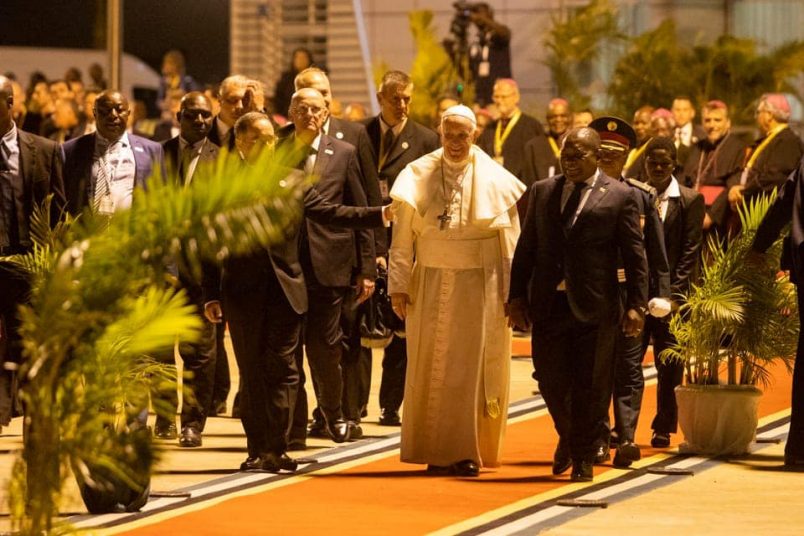 Pope Francis has returned to the Vatican after completing a three-nation tour of southern Africa, and some of his most compelling insights may have been on the plane ride home from Antananarivo.

The pope held a press conference with journalists aboard the flight, wrapping up his thoughts on his journey to Mozambique, Madagascar and Mauritius – particularly on the topic of xenophobia, which has made headlines in South Africa and affected nations.

“It is not only an African problem. It is a human disease, like measles,” the pope said in response to a question from a reporter at Mozambique’s Noticias.

“It is a disease that enters a country, enters a continent, and we build walls. But walls leave only those who built them. Yes, they leave out many people, but those who remain inside the walls will be left alone, and in the end, they will be defeated by great invasions.”

He added that, as he’s said in recent weeks, some speeches rooted in political populism and xenophobia sound similar to those of Germany’s Adolf Hitler in one of Europe’s darkest hours.

“But in Africa, you, too, have a cultural problem that you have to solve. I remember speaking about it in Kenya: tribalism. There you must educate, in order to bring together different tribes, to create a nation,” said Pope Francis. “Not long ago, we commemorated the 25th anniversary of the Rwandan genocide: that is an effect of tribalism.”

He called on people to reject both the xenophobia that pits one nation against another, but also its forms within a nation, which can lead to political and ethnic violence, or genocide as was the case in Rwanda.

Pope Francis spoke of Africa on Wednesday too, during a general audience in Rome upon his return. He said he hoped to have sowed seeds of hope, peace and reconciliation during his visits.